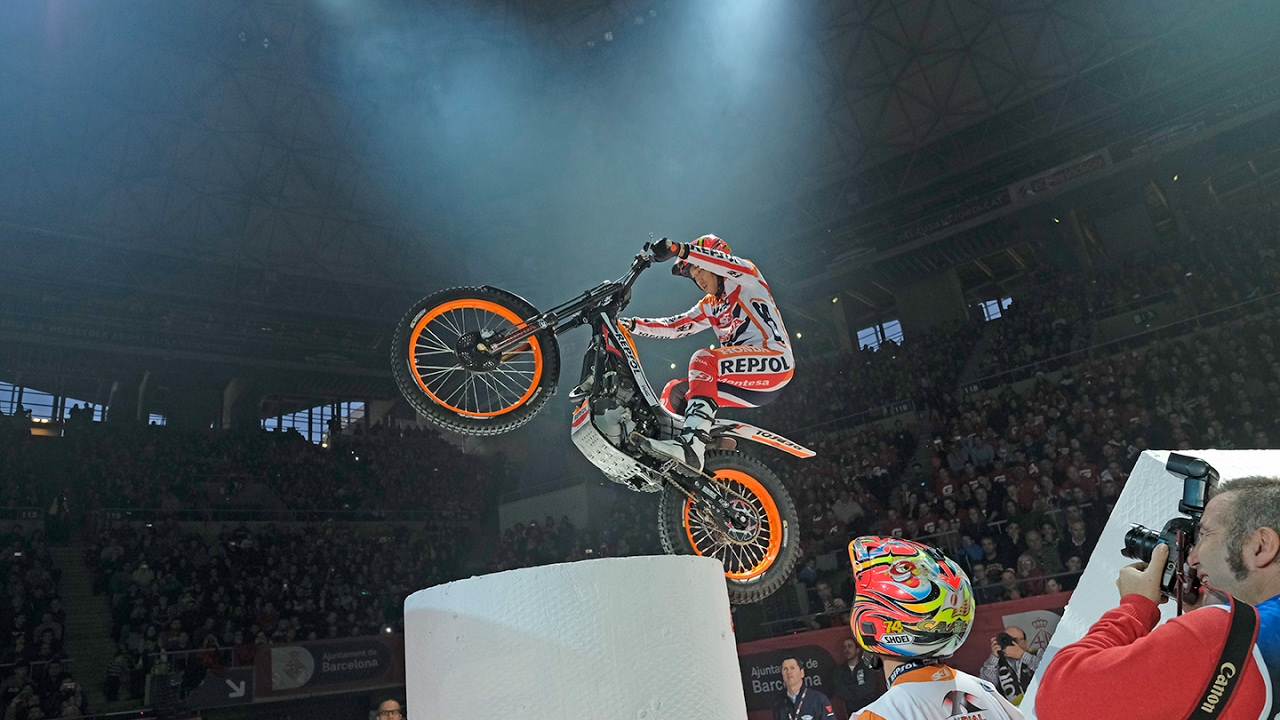 The 20 times World Champion wins the first round of the 2017 X-Trial World Championship, where Busto and Fujinami finished just out of the finales, in fifth and sixth, respectively.

Toni Bou started the 2017 season in the best way, with a victory in the first round of the X-Trial World Championship that has taken place in Barcelona. The Repsol Honda Team rider, who last year took his 20th Trial World Championship title, was able to overcome the pressure after a failure in the first zone of the Qualifying to finish in first place and enter the finales. Dominating from start to finish, Bou only took 5 points and made the public vibrate when he took his eleventh victory in the city, and in a round that served to pay homage to the 40 years of Indoor Trial in Barcelona.

His teammates at the Repsol Honda Team, Jaime Busto and Takahisa Fujinami finished just out of the finale, ending their performance at the Palau Sant Jordi with a 5th and 6th place, respectively. The next round of the X-Trial will take place next March 11th, in Austria.

Toni Bou
“I’m very happy! There were many reasons: it was a very special night, I’m starting the World Championship with a victory, I did it in Barcelona and because of the 40 years’ anniversary… The night was amazing, even if I started with a mistake in the first zone of the Qualifying. But I was able to recover and the finale was fantastic. The public enjoyed a lot, it was a great show and I felt them vibrating with it. It couldn’t be better.”

Takahisa Fujinami
“It was a pity to fail in zone 1, because I felt quite good in the other areas, more confident than in past seasons. Despite not training so much for the indoor this year, I felt very confident on the bike. It was a pity not to enter the finale, but it’s just the first race, there are still a lot to go and I’m very motivated. During the preseason I wasn’t able to work too much physically, due to my breast injury, but I felt better than other years. To take part in the Barcelona race is always special, because it feels like home and also because my family, my friends and the sponsors came to see it.”

Jaime Busto
“I’m very happy with how it went today, though it was a pity that I was first on the zones, because it always makes it more difficult. In the first zone I made a mistake, as nearly all of us did, but I think I could have avoided it. After that I felt very comfortable and I finished very satisfied with the result. I felt well on the bike and I hope the other indoor rounds go the same way, because I think I’ve improved from last year and I’m very motivated.”