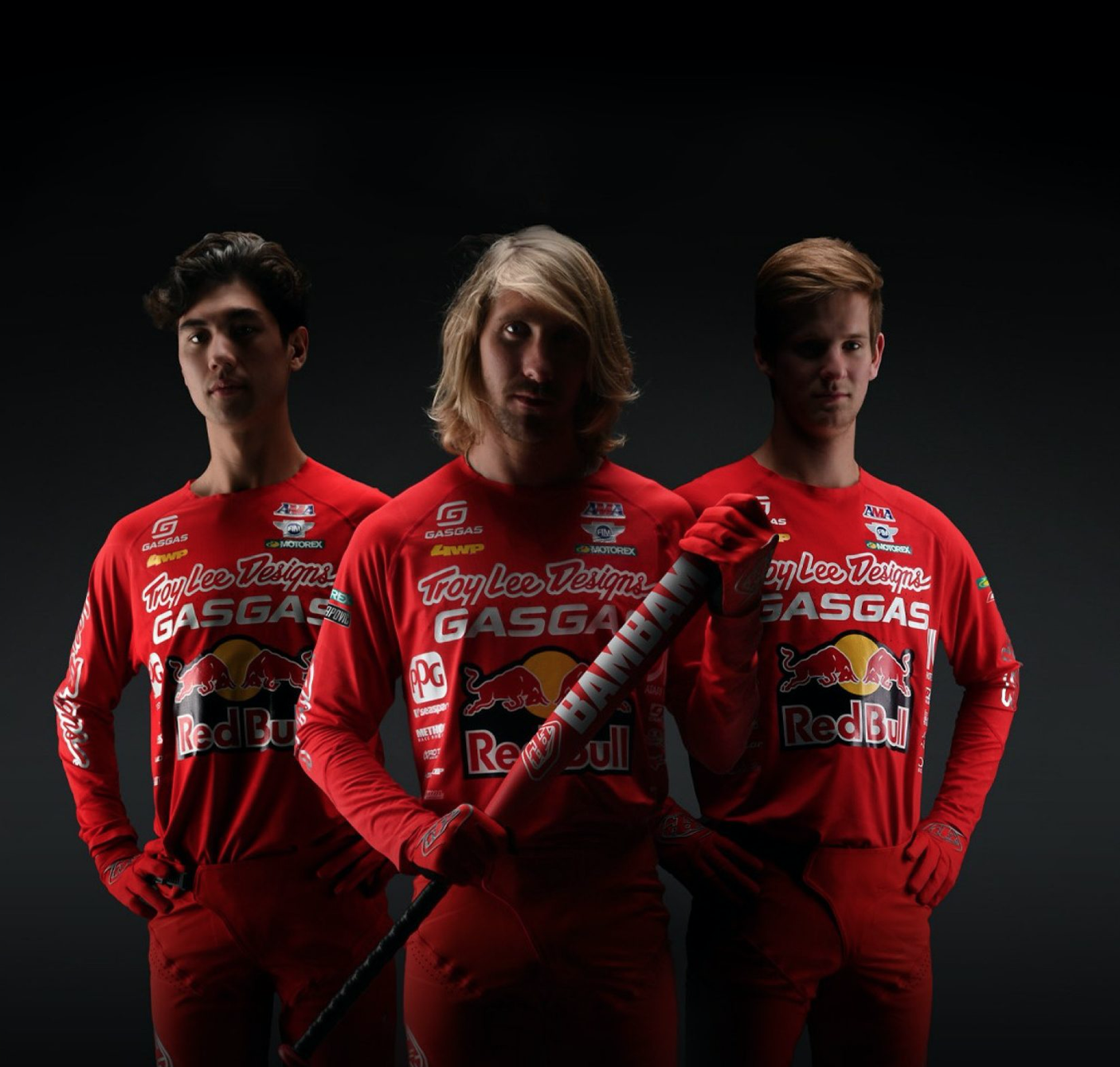 Troy Lee Designs is switching to GasGas for 2021, has two new riders, and is entering the 450 frays in Supercross and National Motocross for the first time. The Troy Lee Designs/Red Bull/GasGas Factory Racing Team will consist of Justin Barcia in the 450 series, and Michael Mosiman and Pierce Brown in the 250 series.

“This is a dream come true,” Troy Lee Designs President Troy Lee said. “To be partnering with GasGas Motorcycles is an incredible opportunity for our team. Running a factory 450 race effort is something I have always dreamed about.”

Barcia, who finished in P5 in the 2020 Monster Energy AMA Supercross Series standings, with a win at Anaheim 1 and a runner-up spot at Atlanta, will be riding the GasGas MC 450F for 2021. Barcia, 28, has been riding for the Monster Energy Yamaha Factory Racing team since 2018. Barcia was the 2013 Monster Energy Supercross Rookie of the Year, 2012 Monster Energy Cup Champion, and 250SX Eastern Region Champion in 2011 and 2012. He has also been on the Motocross of Nations team three times.

“Appointing Troy Lee Designs as the official GasGas Factory Racing team for supercross and motocross not only further strengthens our longstanding partnership with Troy and his team,” notes Roger De Coster, KTM Group Director of Motorsports, North America, “it also starts an important new chapter for TLD in the 450 class and for GasGas in America, which is a hugely important step for GasGas Motorcycles.” The KTM Group owns the KTM, Husqvarna, and GasGas brands.

Troy Lee Designs is best known in racing for its perennially potent 250SX and 250MX teams. TLD has been running KTM motorcycles, so the switch to GasGas won’t be difficult in the support class, as they are closely related machinery.

Michael Mosiman, 21, rode for the Rockstar Energy Husqvarna Factory Racing team in 2020 and finished in P5 in the 250SX West class. Mosiman did it with podiums in Glendale and at Salt Lake City 7. In the 250 Nationals, Mosiman struggled with injuries and DNFs, finishing in P8 for the year. It shouldn’t take Mosiman long to adapt to the GasGas MC 250F, which is based on the Husqvarna FC 250 platform he has been racing.

Pierce Brown will be teaming up with Mosiman, though they will likely run different Supercross regionals. The 18-year-old made his professional debut in 2019 as a highly touted rookie with successes in the amateur ranks. Injuries have been a recurring issue, though he showed speed and potential with a pair of P4 finishes at SLC3 and SLC4.