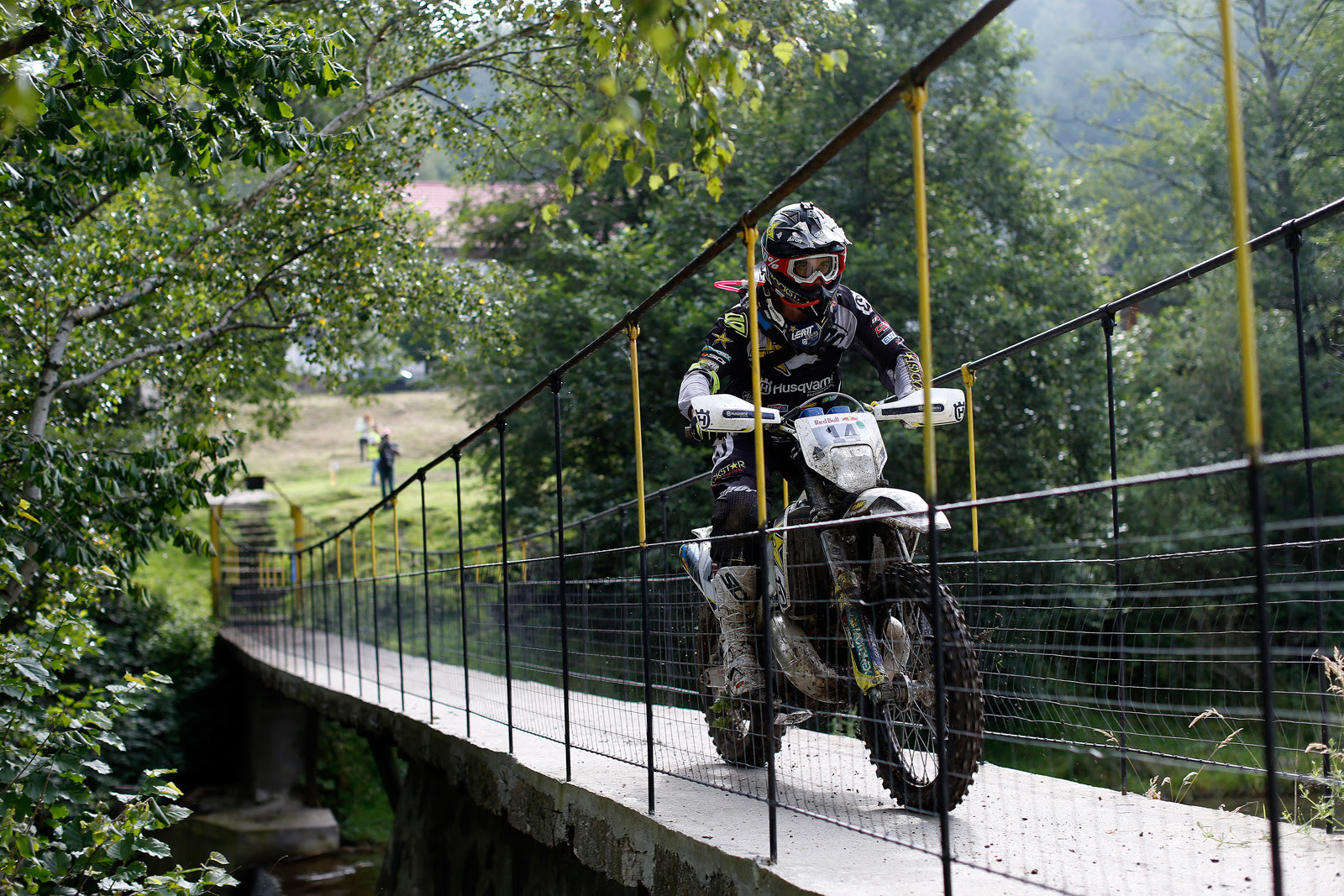 After an injury-curtailed 2018, Spain’s Alfredo Gomez returns to the World Enduro Super Series this year hungry to make his mark. Expected to be a title challenger last season, the Rockstar Energy Husqvarna Factory Racing rider was dealt a crushing blow in pre-season training when he seriously injured his knee.

Severing all ligaments in his left knee, so serious was the injury that Spain’s top Hard Enduro rider came very close to losing his leg completely. Following extensive surgery and intensive physiotherapy, Gomez was able to return to world-level Enduro competition.

For 2019, the Husqvarna rider enters WESS fit, healthy, focused on winning once more and becoming a serious contender in the race to become this year’s ULTIMATE ENDURO CHAMPION…

Looking at the 2019 calendar, what events are you most looking forward to?

Alfredo Gomez: “Of course the Hard Enduro races are where I want to deliver my best and if I’m honest I’d like to try and win them all. I have won or finished on the podium in those races before, so I know I can do it. We’ve got Extreme XL Lagares first, which is a good test before Erzbergrodeo two weeks later. With a strong result in those races I believe I can challenge for the title.”

Along with Graham Jarvis you hold the greatest number of victories at the Toyota Porto Extreme XL Lagares, what is it about the race that you enjoy so much?

“It’s a special place for me and although it is in Portugal, it’s only about six hours away from where I live in Madrid, so it feels like a home race, too. It’s the technical riding that I enjoy. The river beds are tough to ride and difficult to get right – it’s a real challenge and some of the most difficult riding we do in WESS.”

Saturday’s prologue in Porto city centre is truly spectacular. From a rider’s perspective what’s it’s like to race through the cobbled streets?

“Amazing! It’s so unique that it’s impossible to compare it to anything else we do. The streets are narrow and tricky. You get so close to the crowd, especially on some of the staircase climbs, and they nearly touch you in every corner. It’s crazy – you race past the front doors of people’s homes and restaurants. It’s definitely something special. It’s good for our sport and I think as long as we have the opportunity to do so, we need to race there every year.”

Last year was a very difficult time for you recovering from a serious knee injury. How are things now?

“I feel like everything is beginning to come good again and I feel lucky to be in the position I am in now. It was a very serious injury – I came extremely close to losing my leg completely, so every day back on my bike is a great day. I suffered serious trauma in my knee. It required extensive surgery and intensive physiotherapy to regain movement – sometimes 20 hours per day, sleeping at night with a machine on my leg.”

Although injured you returned to racing at Red Bull Romaniacs last July – was that part of the recovery process?

“It was something I wanted to do. I’m a racer and I want to ride if I feel I can. But it was also the best therapy I could do for my knee. The constant routine of standing up and sitting down helped increase the range of movement I had in my knee. In the beginning I could barely put my foot on the foot peg when sitting on the bike. But overtime it improved more and more. I still have more range to gain, but it’s almost getting back to normal now.”

Despite an injury-affected 2018 WESS campaign, what can you take away from season one of the multi-discipline Enduro championship?

“Although I missed the first three rounds and rode injured for the majority of the year, there was a lot to learn in WESS. The series aimed to put us out of our comfort zone at times with the varied mix of races, and that’s definitely something it did. Ok, I know Hard Enduro because that’s what I do, but the other disciplines were totally new for me. I guess it shows how many elements there are to Enduro. We also saw just how important taking a race win is. Although guys like Josep Garcia and Nathan Watson didn’t have the best results in the Hard Enduro races, winning in their respective disciplines certainly made them title contenders.”

Unfortunately, you missed the Erzbergrodeo Red Bull Hare Scramble in 2018 due to your knee injury – are you chasing redemption in June?

“For sure my goal is to win the Erzbergrodeo. I wasn’t able to defend my #1 plate from 2017, so that’s where I want to finish on the top step of the podium the most. It’s been my favourite race since I was a kid – I’ve grown up watching it. Winning it is a career highlight for me, but now that I’ve done it once I want to do it again. It’s such a big race, with so much pressure. You can hardly talk before it begins and then you are at maximum effort until the finish line.”

What does it take to win a race like Erzbergrodeo Red Bull Hare Scramble?

“You need a lot to go right at the right time. It really is a combination of everything coming together and being the best you can be on the day. It’s a short race, but so intense – you are focused at 100 per cent for nearly three hours. When I won in 2017, I managed to get a decent start and then ease into the first couple of sections. Jonny Walker was leading and I let him set the pace. But I knew that if I was within four minutes of him at Carls Dinner then I could catch him. When I got there I was only one-minute behind and I knew then I could win. On that day it was like my bike and myself were one – it’s probably the best day I’ve ever had on a bike.”

Finally, what would it mean to claim a winning result at round one in this year’s battle to become the ULTIMATE ENDURO CHAMPION?

“It would be a huge result personally for me and also an extremely important victory in the championship. I’ve been through a lot during the last 12 months, so to win would be a massive boost of confidence. In terms of the championship, race wins are so important too. We saw Billy Bolt win round one last year and he went on to win the title, so it proves that you need to fight hard from the off.”