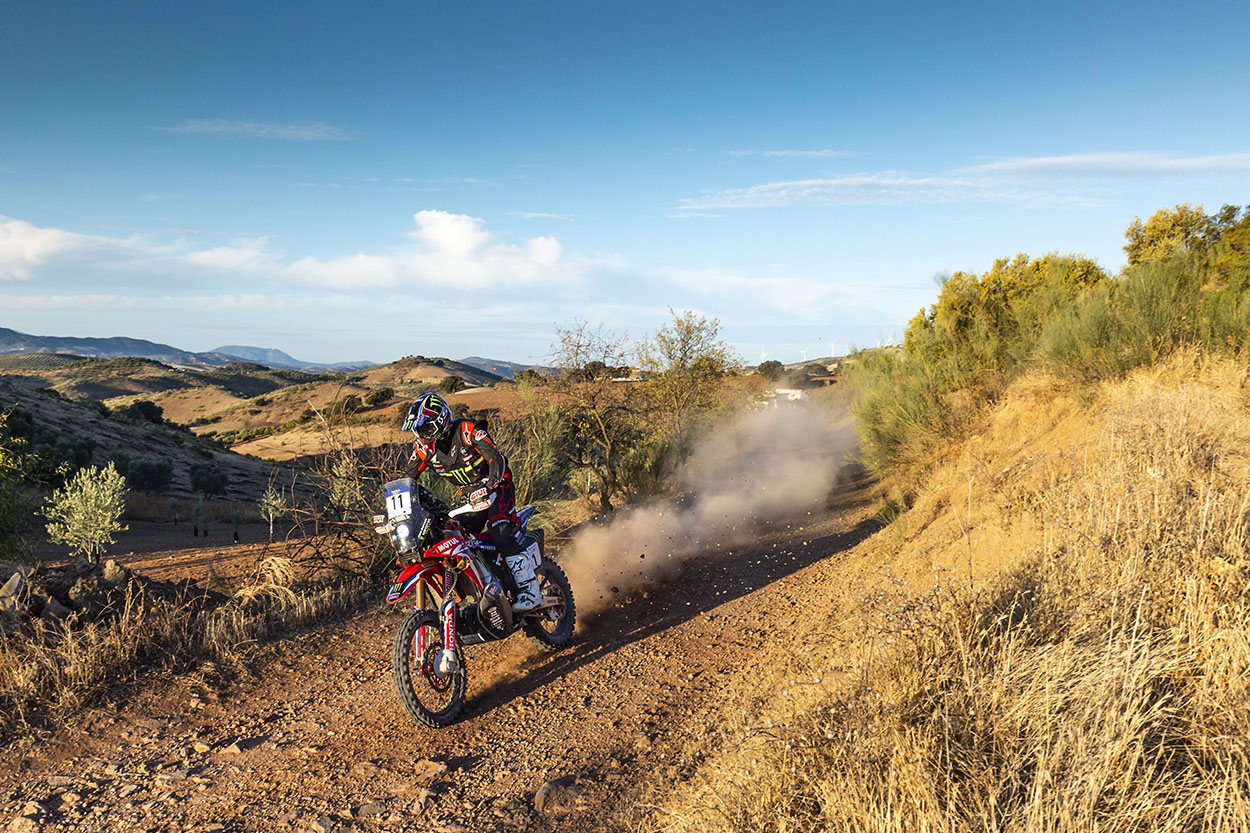 It was not an easy stage at all, the second day of the Andalucía Rally, with a total of 365 kilometers in the road book, 270 of them under the clock. However, despite the complications, Ross Branch has shown a lot of confidence throughout the stage and, making sure to reach all the navigation points, the Yamaha has achieved his first stage victory in an international rally. With a good handful of tracks winding through olive groves, Branch finished 42 seconds ahead of his closest competitor, first stage winner Kevin Benavides. Branch’s result lifts him to fifth place in the provisional.

Lorenzo Santolino has once again become one of the most outstanding riders in the motorcycle category. The Sherco driver was placed just behind Branch, starring in a brilliant and smooth rally. “Happy to have been able to maintain a good rhythm throughout the day, despite starting in third position. I hope to stay focused tomorrow to try to keep the same rhythm ”, Santolino declared on his social networks.

For his part, Kevin Benavides has opened the track in the two stages contested and, despite this and a crash in the first special, he has managed to maintain the first position in the provisional general classification. Joan Barreda, who started after his teammate Benavides, gave up some time with a GPS problem and finished the day in eighth place. The Spanish is now fourth, half a minute from the podium. “This second stage has not been easy,” said Barreda. “I started ahead and it wasn’t easy: around kilometer 50 I had some problems with the GPS, which triggered an alarm signal and didn’t work when I got to the waypoints. It was a moment of confusion until another rider caught me and we were able to go together until the end of the special. The slopes here are very technical, complicated, very slippery. Luckily we are on the bike and we are going to think about the next day ”.