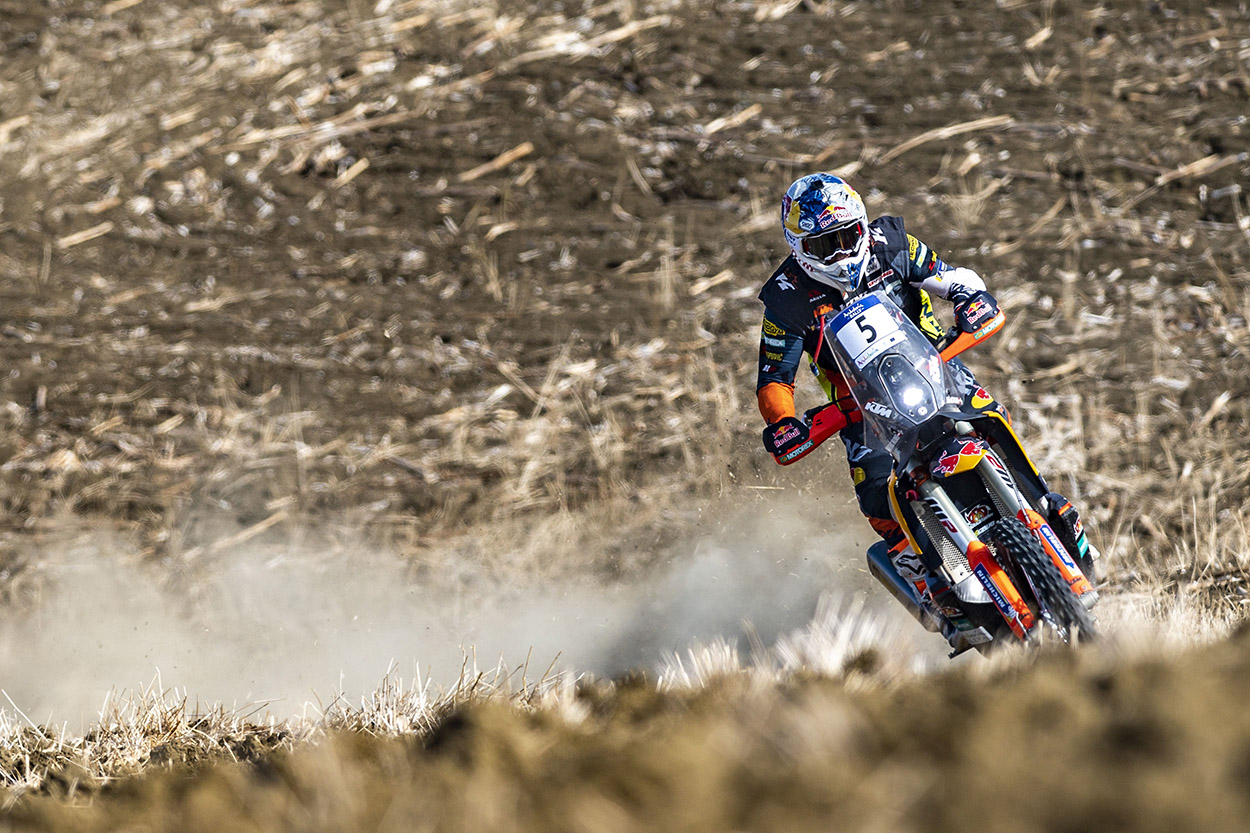 The third stage of this Andalucía Rally has been the longest of the four days of competition: 300 timed kilometers and a total of 434 disputed entirely in the province of Seville, although with some changes to the initial configuration that has forced to delay departure one hour above schedule.

Joan Barreda has been the winner today. Starting from behind, the Castellón player was able to set a good pace, recovering time over his rivals to end up with more than three and a half minutes ahead of the second best of the day. Barreda, despite yesterday’s penalty, has recovered positions in the general classification and is now sixth in the provisional of the race.

His fellow Monster Energy Honda Team, Kevin Benavides also completed a good third stage, finishing third and maintaining the rally lead for another day. Benavides has an advantage of more than six and a half minutes over the second classified in the absence of a final stage to conclude the race. For Ricky Brabec and José Ignacio Cornejo it was a bit of a difficult day, without getting a good rhythm on their respective Honda CRF450 Rally and both took the opportunity to continue riding without risks and complete one more stage.

Starting from well behind positions, Red Bull KTM’s Matthias Walkner immediately pushed from the start setting the fastest time to kilometer point 41. From then on, the Austrian maintained a strong pace through the remaining 200 kilometers, without never fall from the top two spots. Finishing in second place, Matthias climbs to seventh place in the general classification, with only one stage left for the rally to end.

The ninth place went to rookie Daniel Sanders. The Australian proved that he is more than capable of remaining among the best drivers in the field, despite his relative inexperience. Riding without errors and bumps, the 26-year-old put in a mature performance to get into a good starting position for tomorrow’s final stage. Two-time Dakar champion Toby Price has set a solid pace on the fast and dusty Spanish tracks and is pursuing his goal of reaching the finish safely at Rally de Andalucía. The Australian star placed 10th on the stage and is now a solid 5th overall.

Tomorrow, Saturday, the Andalucía Rally will end with the last two specials: a first timed sector of 110 kilometers that was already held on the first day and another of another 100 near the Villamartín bivouac.