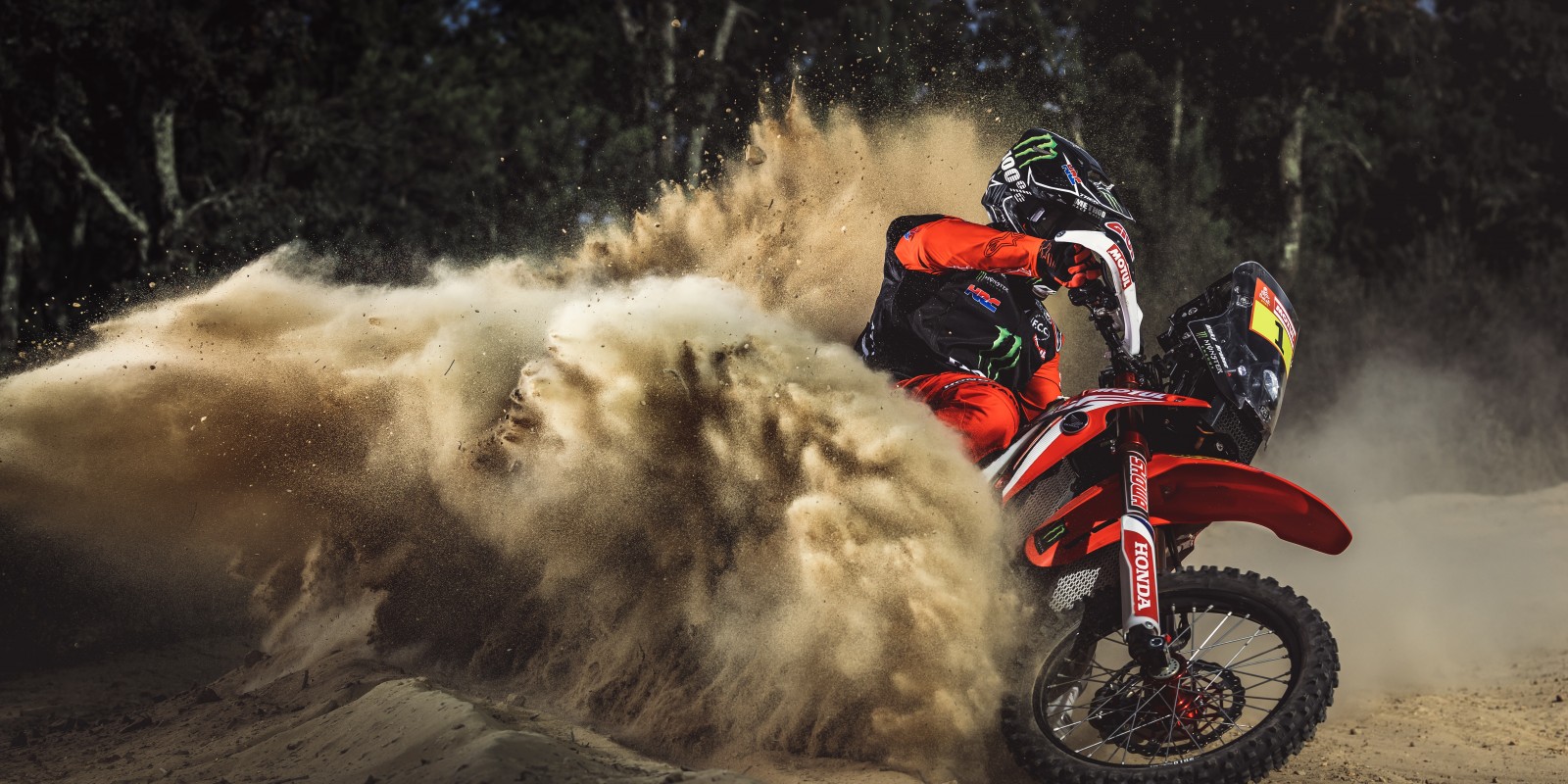 Flashback to January. After nearly 5,000 miles of competition, Ricky Brabec made history on his Honda CRF 450; crossing the finish line of the longest, most grueling, and arguably most revered off-road race on the planet. The victory was in the can, and records had been broken.

Brabec became the first American to triumph in the Dakar’s 42-year history, and what’s more, for the Monster Energy Honda Team – it marked the successful ending of KTMs near two-decade stranglehold on Dakar wins. For Brabec, it was a truly personal victory too; marking the culmination of an epic journey to realize a dream. Born in Mira Loma, California in 1991, Brabec has spent a lifetime around dirt bikes. When his family moved from Riverside to Hesperia – surrounded by the Mojave Desert – the die was cast – and he began honing the skills needed to one day conquer the toughest off-road race on the planet.

Jump on board and hold on. It’s time to find out just what it takes to become a champion in the longest, most gruelling and arguably most revered off-road race on two wheels; The Dakar. Your guide? Ricky Brabec. The first American rider in Dakar history to win the event, and at only 29 years old, a true legend in the making.