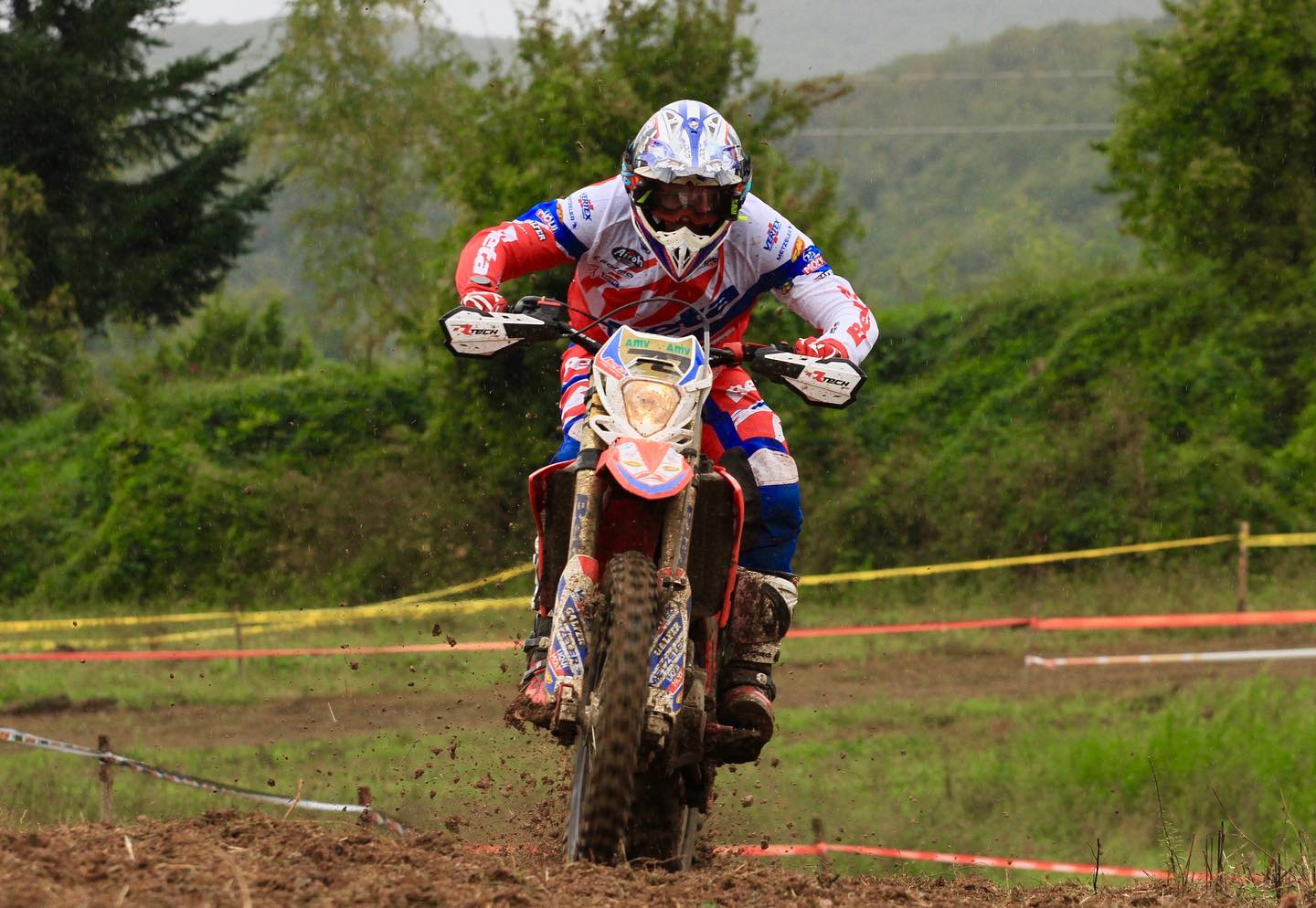 Brad Freeman did not want to make the mistakes of the last French Grand Prix and attacked from the beginning to subdue Steve Holcombe on this first day in Italy.

The first day of the Italian Grand Prix was played under the bright, warm sunshine. Although heavy rain and thunderstorms on Friday made the special tests extremely slippery, conditions on Saturday were much drier and easier than expected. The EnduroGP World Championship riders attacked the three stages with enthusiasm and a passionate audience, all respecting the Covid-19 restrictions, cheering them on at every turn and lap.

Reigning world champion Brad Freeman (GBR-Beta) had a perfect performance on the first day of the Italian Grand Prix. Right from the start, the Factory Beta team rider took the lead and never gave it up. Consistent and fast all day, the Brit always kept his opponents at least 30 seconds behind him. He won all 3 special events in the first lap and remained in the top 3 for the rest. Thus, Freeman won the day by more than 45 seconds ahead of teammate and rival Steve Holcome (GBR-Beta). Holcombe ran his day very intelligently with patience, cutting down each trial. Realizing that catching up with his teammate was a difficult task, the Englishman chose to settle for a secure second place. This move could pay off at the end of the season.

The fight for third place on the podium was magnificent. Three drivers battled for a coveted podium. Andrea Verona (ITA-TM), Thomas Oldrati (ITA-Honda), and Loïc Larrieu (FRA-TM) took turns filling the place. In the end, it was the Italian Oldrati who took the honors in his home race. Verona and Larrieu completed the Top 5.

Jaume Betriu (ESP-KTM) confirmed his good performances in France with an impressive 6th place overall. He got ahead of Christophe Charlier (FRA-Beta), Danny McCanney (GBR-Honda), and Antoine Basset (FRA-Husqvarna). The disappointment of the day was for Matteo Cavallo (ITA-Sherco) who made too many mistakes and finished 12th. Alex Salvini (ITA-Honda), who continues to suffer from his shoulder, did not finish the day.

In Junior, Theo Espinasse (FRA-Sherco) perfectly controlled the attacks of Hamish MacDonald (NZ-Sherco). MacDonald was the initial leader of the day and looked strong, but lost 40 seconds in an accident on the second lap of the difficult Xtreme. He got up and began to make up for a lost time, but the victory was out of reach. Matteo Pavoni (ITA-Beta) put his Beta Boano on the podium with third place. Finn Roni Kytonen (SF – Honda) finished 4th, while Pau Tomás (ESP – Beta) completed the Top 5. Ruy Barbosa (CHL-Husqvarna) finished the 6th. The talented Australian Wil Ruprecht (AUS-Beta) had a hell of a day; he was fighting for the podium but seriously damaged his Beta in the first Xtreme test of the day, finally finishing 16th in the category.

In the Junior Cup, Jed Etchells (GBR-Fantic) kept everyone in suspense until the last special event. Won the category against an impressive Sergio Navarro (ESP-Husqvarna), the Fantic rider beat his Spanish rival by 4 seconds. Claudio Spanu (ITA-Husqvarna) accompanied them on the podium.