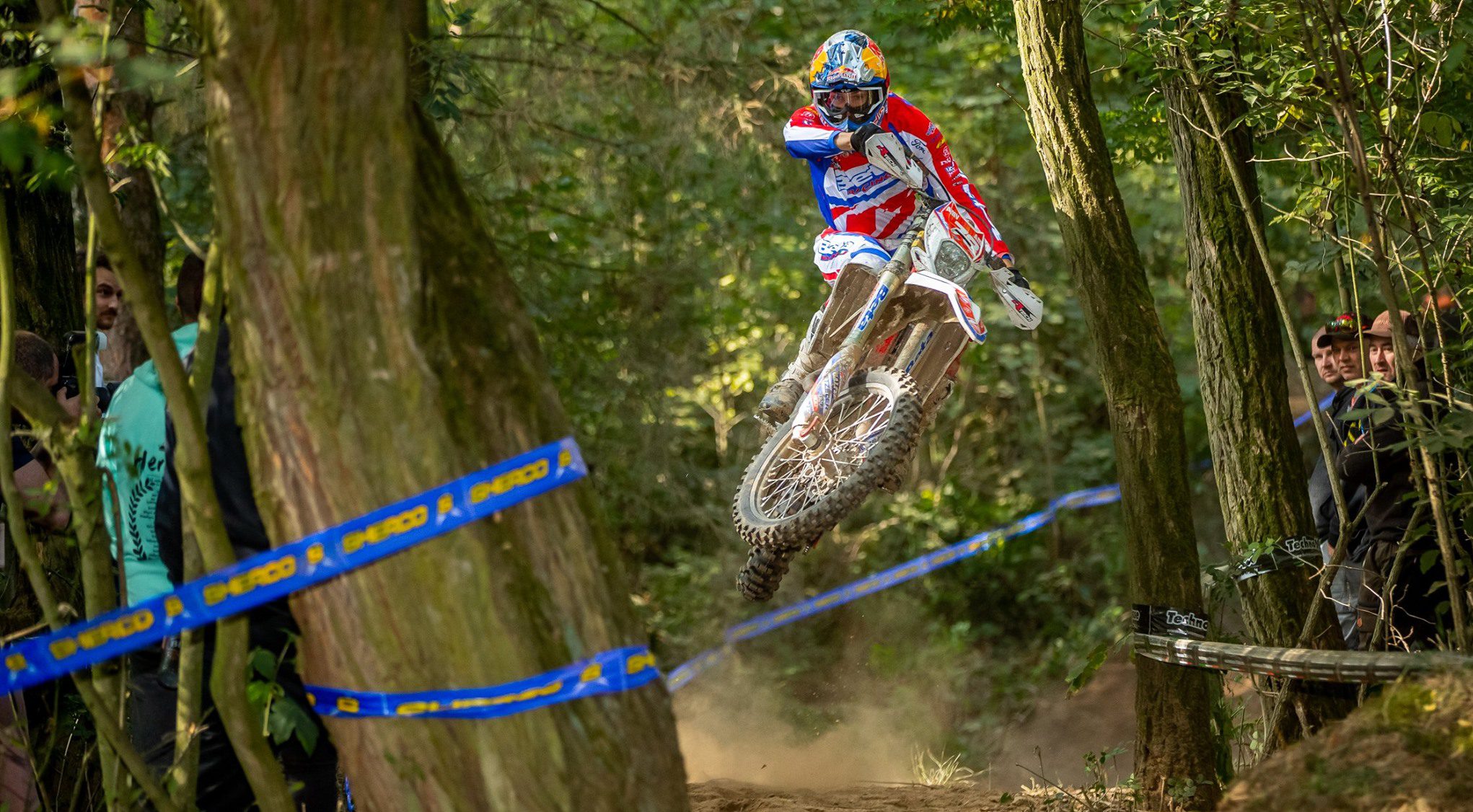 For the second day of the Grand Prix of the Czech Republic, played out in Uhlirske Janovice, the riding conditions were different thanks to the large number of entrants churning up the track yesterday. In some parts of the tests, the course had suffered from the passage of 120 competitors. Different pitfalls had appeared, ruts became deeper, and new stones were unearthed. It was necessary to be cautious to get through the Grand Prix, which was considered by many as the most difficult this season. The spectators, however, were simply able to enjoy the fantastic show, and they turned up in vast numbers to cheer on their favourites.

Brad FREEMAN (GBR-Beta) delivered another perfect performance in the EnduroGP class. The Brit barely had to look over his shoulder all day, despite exchanging special tests with his major rival Steve HOLCOMBE (GBR-Beta). The Beta Boano rider seemed to be completely recovered from the badly fractured collarbone he suffered during the Grand Prix of Greece. He goes into the final round of the season in Ambert (France) with a 10-point lead over HOLCOMBE. Not a big enough gap to relax, but then FREEMAN is not the type to relax!

Steve HOLCOMBE once again had to accept second place behind FREEMAN. The quadruple World Champion showed great fighting spirit, but he must once again bow to the superiority of his compatriot. Steve admitted that his fitness is finally better, but he still lacks strength and the power to keep up blistering pace throughout a long and technical event such as this. While he’ll still be dreaming of retaining his EnduroGP title, the Beta rider now knows that the task will be difficult.

Danny MCCANNEY (GBR-TM), consistent and quick, took another EnduroGP podium on Sunday. The TM rider confirmed his great form, even if he is a bit disappointed not to have been able to keep up with his future ISDE teammates.

What a crazy day for Alex SALVINI (ITA-Honda)! Tenth this morning after the first lap, the Italian managed to climb to fourth overall! “Rocky” SALVINI brought his typical attacking spirit and took risks to pass opponents of the caliber of Matteo CAVALLO (ITA-Sherco) and Loic LARRIEU (FRA-TM). The Frenchman started his day well, but a huge crash in the 2nd Cross Test saw him lose a lot of time. However, the factory TM rider managed to pull it together at the end of the day to finish 5th.

Two other riders also had contrasting fortunes compared with Day 1. Matteo CAVALLO was 6th today after falling heavily this morning. Joe WOOTTON (GBR-Husqvarna) also tasted the dust on Sunday, while fighting for another strong top 5 finish. The young Brit made a mistake that cost him more than 30 seconds, he finished the day in 11th.

Further down the field Thomas OLDRATI (ITA-Honda) and Christophe CHARLIER (FRA-Honda) were separated by just fifteen seconds in the battle for 6th and 7th. Giacomo REDONDI (ITA-Husqvarna) was 8th and Benjamin HERRERA (CHI-Beta) 9th