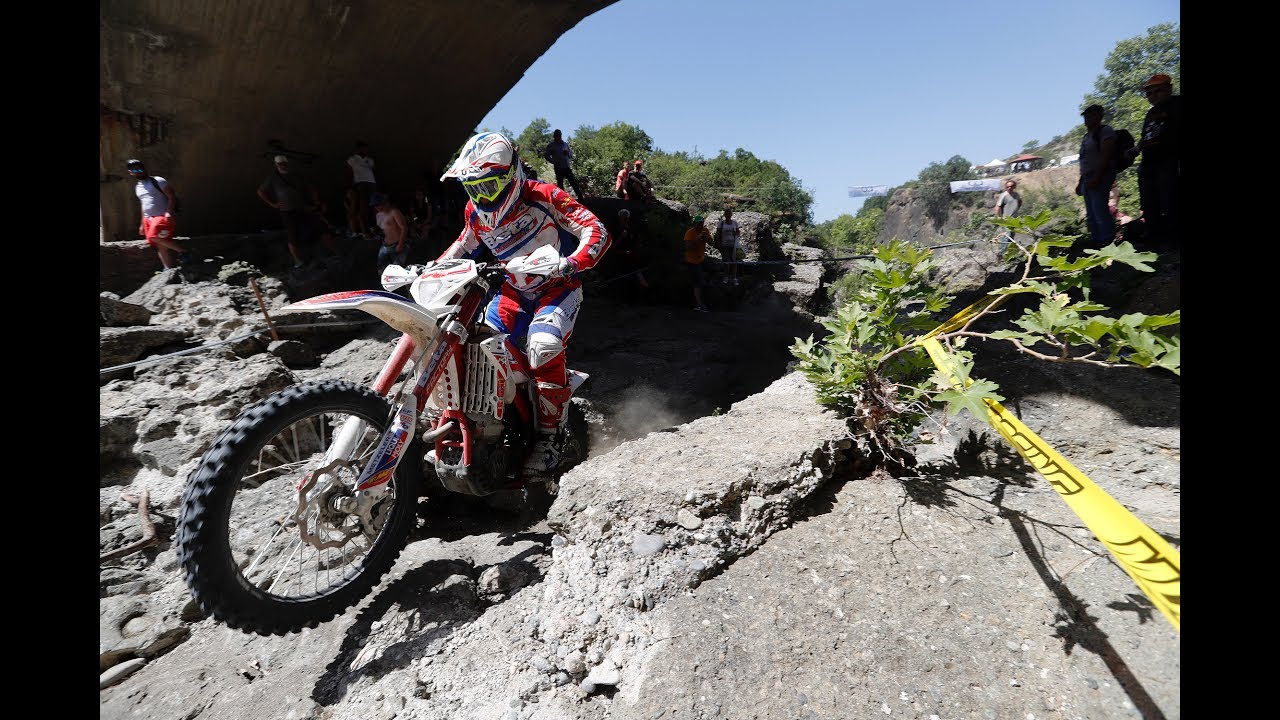 Watch the best action of this second day of racing in Grevena!

Securing his first EnduroGP class win of 2017, Nathan Watson (KTM) was the big winner on day two of the Maxxis FIM EnduroGP of Greece where the British rider finished 23 seconds ahead of championship leader Steve Holcombe (Beta) at the end of a second hot and demanding day of racing in Grevena. Runner-up to Holcombe on day one, Watson topped five of the second day’s nine special tests to earn a well-deserved first win of the season. In the Enduro 2 class Jamie McCanney (Yamaha) topped the result as he did on day two of the GP of Hungary, having come out on top of a two-rider battle for the win with Enduro 2 championship leader Josep Garcia (KTM). In the Enduro Junior class Sweden’s Mikael Persson (Yamaha) claimed the win.

Just as on day one in Grevena, day two of the EnduroGP of Greece saw riders battle against scorching temperatures. But for Nathan Watson (KTM) the day couldn’t have gone any better. Fighting for the win on day one, on day two he delivered his best performance of the year to claim victory and his first podium topping result of the year. “Winning on day two here in Greece is a great way to end the back-to-back GPs we’ve had in Hungary and Greece,” enthused Nathan at the finish. “Hungary was a turning point for me – before that it seemed like I’d had nothing but bad luck. But I carried a lot of confidence into this weekend and made a good start to the first day. I felt really good all weekend, really comfortable on my bike, and I’ve got my confidence back. Day two went well. I still wasn’t overly comfortable on the extreme test, but I managed to stay ahead during the day and get my first EnduroGP class win of the year.” Unable to match the pace of winner Watson, Steve Holcombe (Beta) nevertheless further extended his EnduroGP championship lead with a runner-up result. Fast around the technical extreme test, Steve placed six-seconds ahead of Loic Larrieu (Yamaha), who worked his way back from seventh following a mistake on the second motocross test. Continuing to ride well Alex Salvini (Beta) placed just over two seconds behind Larrieu, with Spaniard Jaume Betriu (KTM) only a further three seconds behind in fifth. With Mathias Bellino (Husqvarna) sixth, Matt Phillips (Sherco) placed seventh ahead of Cristobal Guerrero (Yamaha) eighth and Christophe Nambotin (KTM) ninth following a big crash on the opening enduro test. Giacomo Redondi (Honda) rounded out the top ten.