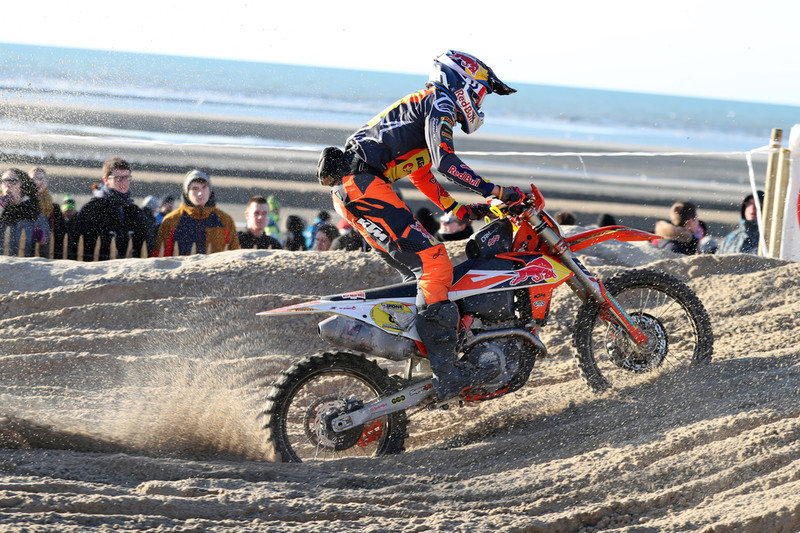 Red Bull KTM Factory Racing’s Nathan Watson has crowned after the Enduropale du Touquet which is the sixth and final round of the Championnat de France des Sables.

The Brithish rider arrived at the legendary beach race third overall in the points standings.But he knows that winning the stage will offer him the the greatest chance of championship success.

Having a great battle with the race leader and championship rival Milko Potisek, the duo followed each other during the last stage of the race.  Watson attacked hard for the last two laps and managed to break clear.

Watson crossed the finish line as the 2019 French Beach Race champion with five-minute margin of victory.

Overall Standing of the race