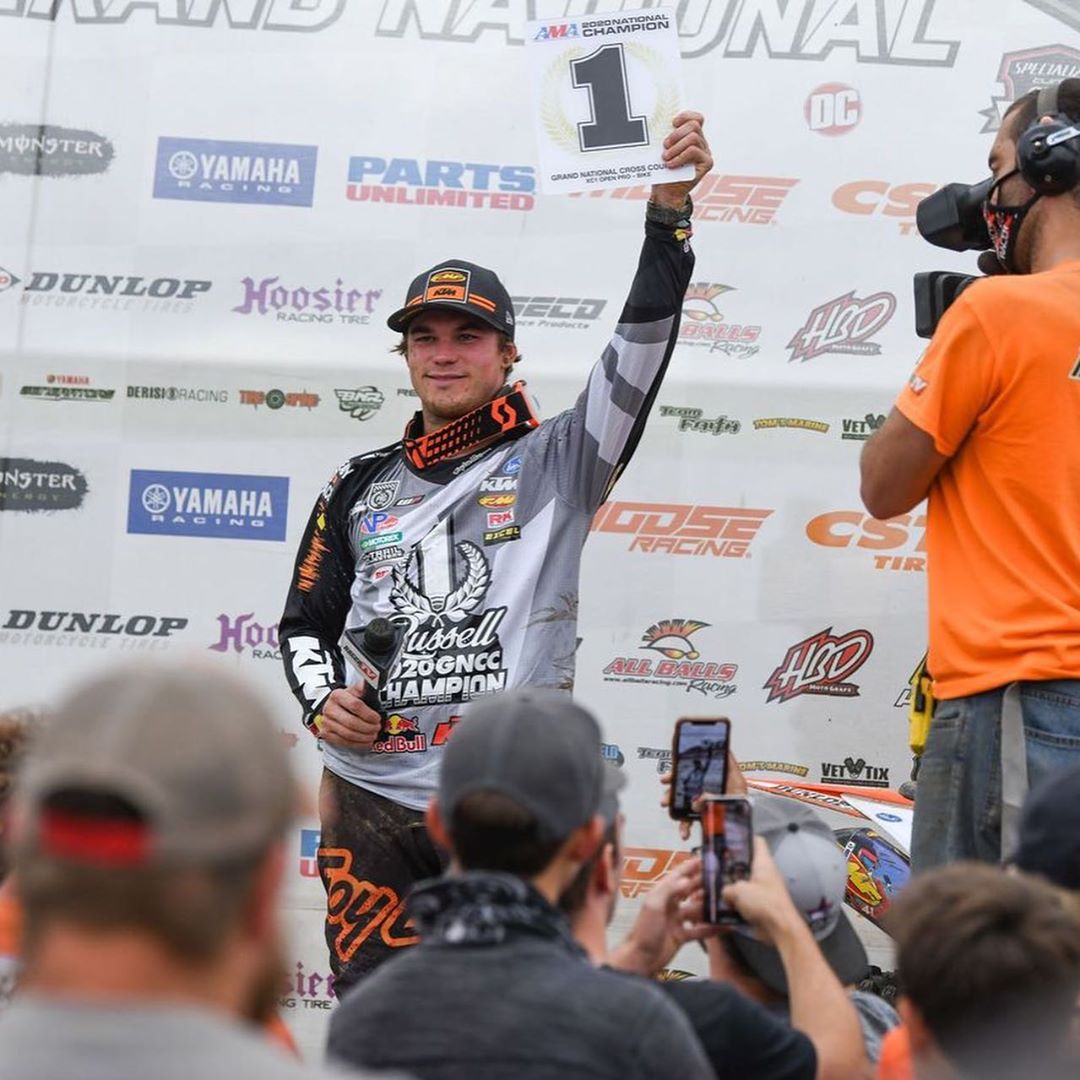 As the famed “10 seconds” was called and the green flag waved, it was AmPro Yamaha’s Layne Michael reaching the line first to grab the $250 All Balls Racing XC1 Pro Holeshot Award. Michael was accompanied by Babbitt’s Online/Monster Energy/Kawasaki teammates Jordan Ashburn and Josh Strang as he led the way into the woods.

Michael would continue to hold the lead position for the first four laps of racing as he tried to place a gap on the rest of the field in dusty conditions, however, Michael would be unable to hold off AmPro Yamaha’s Steward Baylor Jr. and FMF/KTM Factory Racing’s Benjamin Kelley. Michael would check in third overall as he came through timing and scoring on the fifth lap, with Baylor Jr and Kelley coming through in the top two positions.

After working his way up from a mid-pack start Baylor Jr. would come through with the lead as the white flag was waving, indicating one more lap to go. Kelley sat 13 seconds behind him but was charging and looking to battle throughout the last lap of racing. Michael, who sat third overall, would make a costly mistake and go down at the end of pro row and lose two positions. As the checkered flag came out Baylor Jr. would come through with just a 1.8 second gap ahead of Kelley to earn his third-straight overall win of the season. Kelley would finish out the day second overall.

FMF/KTM Factory Racing’s Kailub Russell, who came into the race after sustaining a PCL and lateral meniscus tear two weeks ago in Ohio, found himself digging deep to push through the three-hour race. Russell was able to battle towards the front of the pack for the first half of the race, but he would lose some time as he would make two precautionary pit stops to have his air filter swapped out due to the extremely dusty conditions. Russell would find himself running third overall as he made his way to checkered flag. Russell’s third overall would be enough to wrap up his eighth-straight title in his final year of Pro GNCC Racing.