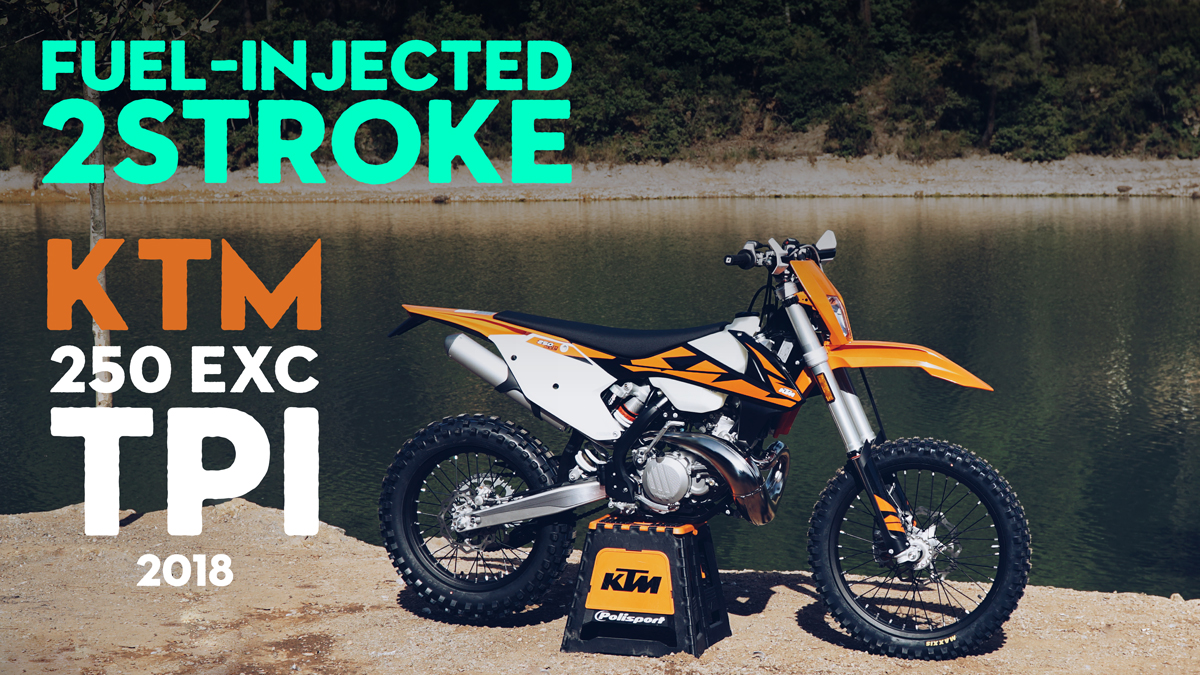 Finally we met and got the chance to test ride with KTM EXC TPI 2018 . First of all, many thanks to Spormoto KTM Turkey for their great hospitality!

After watching videos and reading articles about it, we got the chance to ride it, so the late introduction of the new EXC TPI (Fuel-injected) 2 Stroke motor became an advantage! The objectivity of the gossips and comments we hear were easy to consider. We realized there is more than what we hear. Our aim is to show you what you will feel when your tires touch the dirt, but not only the “desktop” technology review written on paper! And we hope that you admit it after watching our videos!

New EXC TPI and EXC carburetor shouldn’t be considered as same machines with some changes. For us EXC TPI is a totally different experience with big advantages (but with a slightly heart break for lovers of aggressive 2 stroke tough.)

A last word; It will be a great advantage for extreme enduro and hard enduro!

Even though KTM only introduced a brand new EXC generation in 2017, the challenges never stop. This means research and development also never cease at the Austrian headquarters, and so in 2018, KTM is once again set to deliver the next revolutionary game-changer in competition offroad sports: the world’s first 2-stroke, offroad competition bikes with serial, electronic fuel injection.

Combining top performance and outstanding rideability, the KTM EXC TPI models with 250 and 300 cc
of displacement will be distinguished by the lowest weight in their class, intuitive handling and a unique style, along with the awesome READY TO RACE performance expected of any genuine KTM race bike.

“TPI” stands for “transfer port injection”, and the groundbreaking new 2-stroke represents another major step forward on a global scale, once again demonstrating KTM’s unrelenting and continuous commitment to 2-stroke technology as such. The benefits to owners are clear: besides huge improve- ments in fuel efficiency and clean exhaust emissions, the electronics do away with the need for re- jetting, no matter the elevation of the race venue, prevailing weather conditions and the like. Also, engine lubrication on the TPI models is automatic from a separate oil tank and electronically controlled oil pump, obviating the use of pre-mixed fuel-oil mixture.

In short: TPI means a new dimension of READY TO RACE DNA in every detail. And more than that: TPI
is the living proof that KTM’s ongoing commitment to offroad racing in general will never stop, and its dedication to 2-stroke technology in particular is alive and well. In fact, the state of the art R&D depart- ment in Mattighofen is expanding, while the new motorsport division demonstrates KTM’s growth and continuing investment.

Because offroad racing is nothing less than the very foundation of the company.

The new KTM 250 and 300 cc Enduro models fitted with the revolutionary TPI serial fuel injection are high-end, READY TO RACE products, which set new standards in the 2-stroke segment. TPI stands for „transfer port injection”; a global-first, groundbreaking technology for 2-stroke racing engines that de- livers a previously unattainable combination of top performance and outstanding rideability. Lubrication is taken care of by an automatic system with a separate oil tank and electronically controlled oil pump instead of using premix.