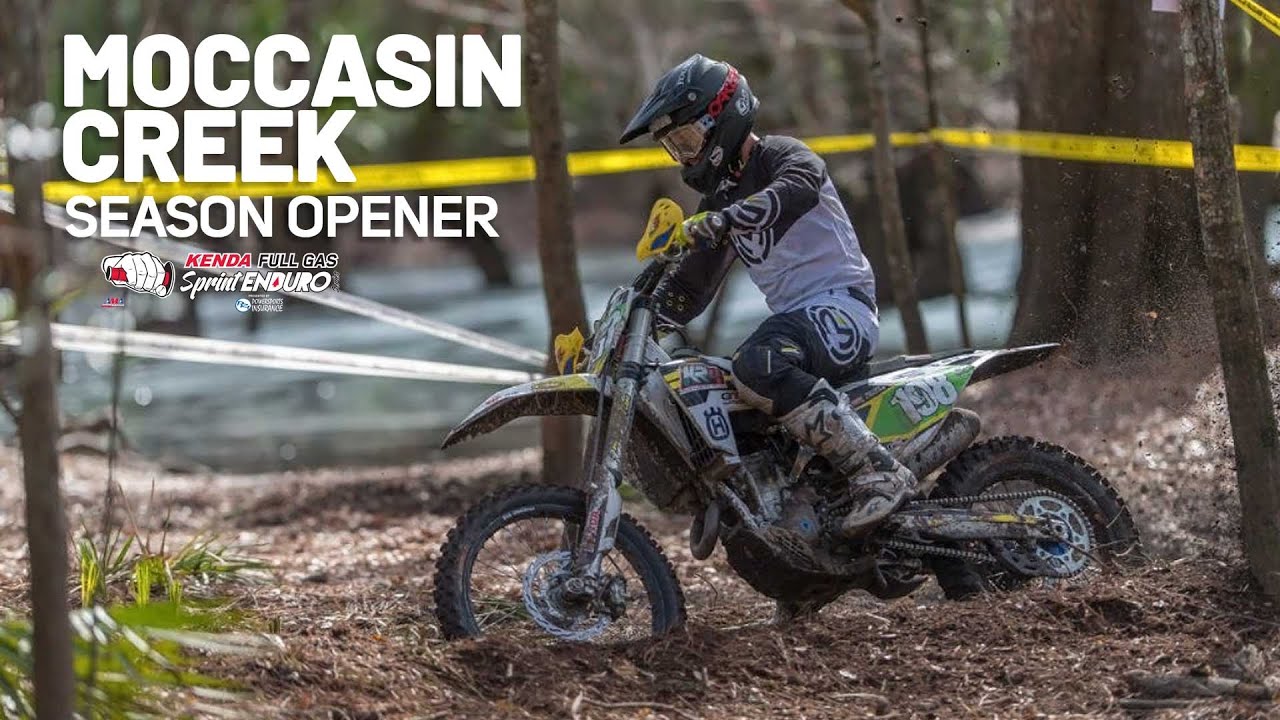 Ryan Sipes wasn’t sure where he would fit into the pecking order heading into the opening round of the 2018 Full Gas Sprint Enduro Series. While most of his competition was in Florida preparing for the upcoming season, the Rockstar/Leatt/Maxxis Husqvarna rider was at home with his wife Holly, who was expecting the couple’s third child. When Holly gave birth to a baby girl on Tuesday, however, Ryan got the green light to go to Moccasin Creek Off Road Park in Georgia and compete.

The competition may now be wishing Holly held off a few more days. After two days of racing and 12 rough, sandy special tests, Sipes came out on top of a battle with defending series champ Steward Baylor by 23 seconds to claim the overall win and the initial lead in the 2018 Full Gas Sprint Enduro Series championship standings. – Enduro Wurx