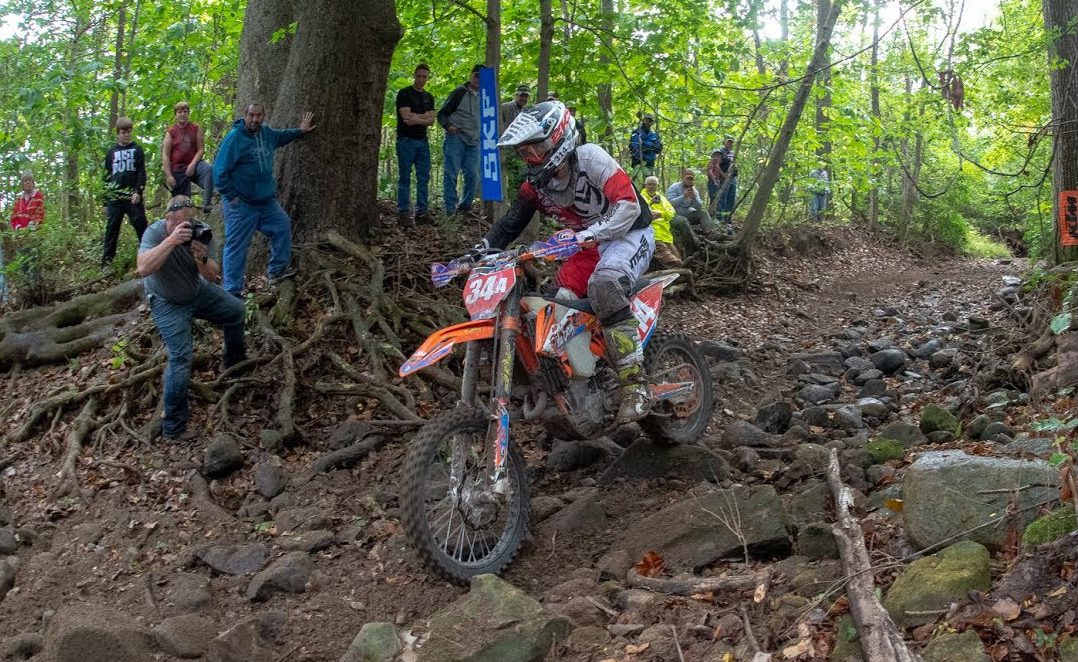 Matthews, IN (October 6, 2019) – The Baylor brothers continued their domination of the Kenda AMA National Enduro Series by finishing first and second for the sixth time this year at this weekend’s Muddobbers National Enduro in Matthews, Indiana.

Grant got the win this time, winning all six tests to beat out his older brother by 1:27 minutes. It was the second time this year Grant has won every test. With this victory, the Tely Energy Racing KTM rider stayed mathematically in the hunt for the 2019 championship title, although it’s a longshot as he sits 31 points behind Steward in the standings with just two rounds remaining.