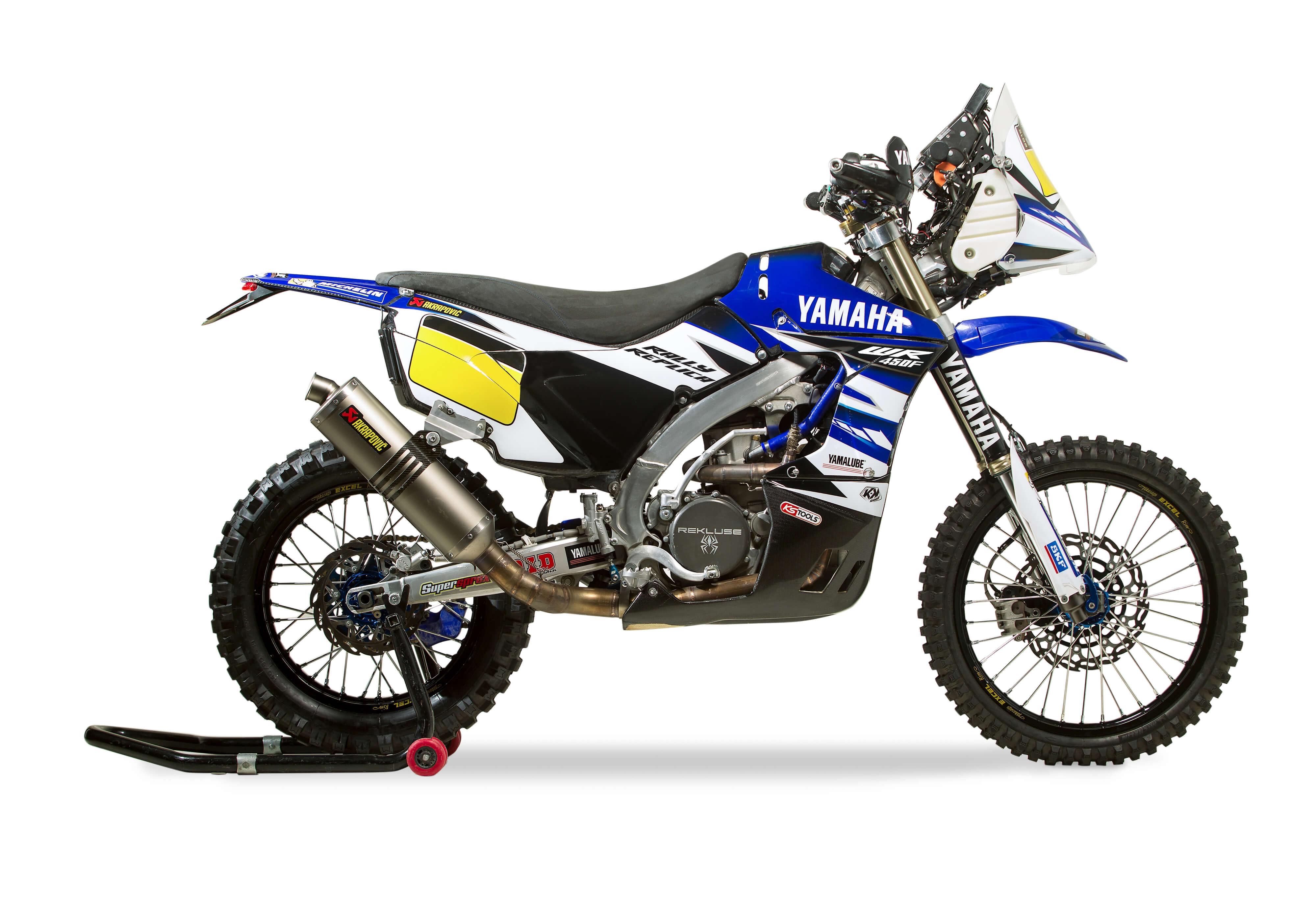 Yamaha Racing are proud to announce the launch of the Official Yamaha WR450F Rally Replica. Rally Raid parts and accessories partner DRAG’ON have teamed up with Yamaha Motor Europe to give you the opportunity to own and ride the same bike that Xavier de Soultrait tears up Dakar on. The same bike that won the Merzouga Rally 2017 and is tackling rallies across the globe right now. Not just a Rally Raid superstar, the WR450F battles it out with tremendous success, event after event, in the FIM Enduro World Championship at the hands of Yamaha Racing’s Loïc Larrieu.

With your purchase of the Official Yamaha WR450F Rally Replica comes the opportunity to take advantage of the exclusive Rally Race Service offered by DRAG’ON for the 2018 Dakar Rally. This is your chance to take on the worlds toughest rally yourself aboard the WR450F Rally Replica and DRAG’ON will take care of everything that needs to be taken care of. From transporting a full stock of official spare parts to offering race side mechanical support so you can keep your focus on the race ahead of you.

Get your hands on the world-leading Yamaha WR450F DRAG’ON Rally Replica and gain access to the exclusive Rally Race Service from DRAG’ON by contacting them directly today.