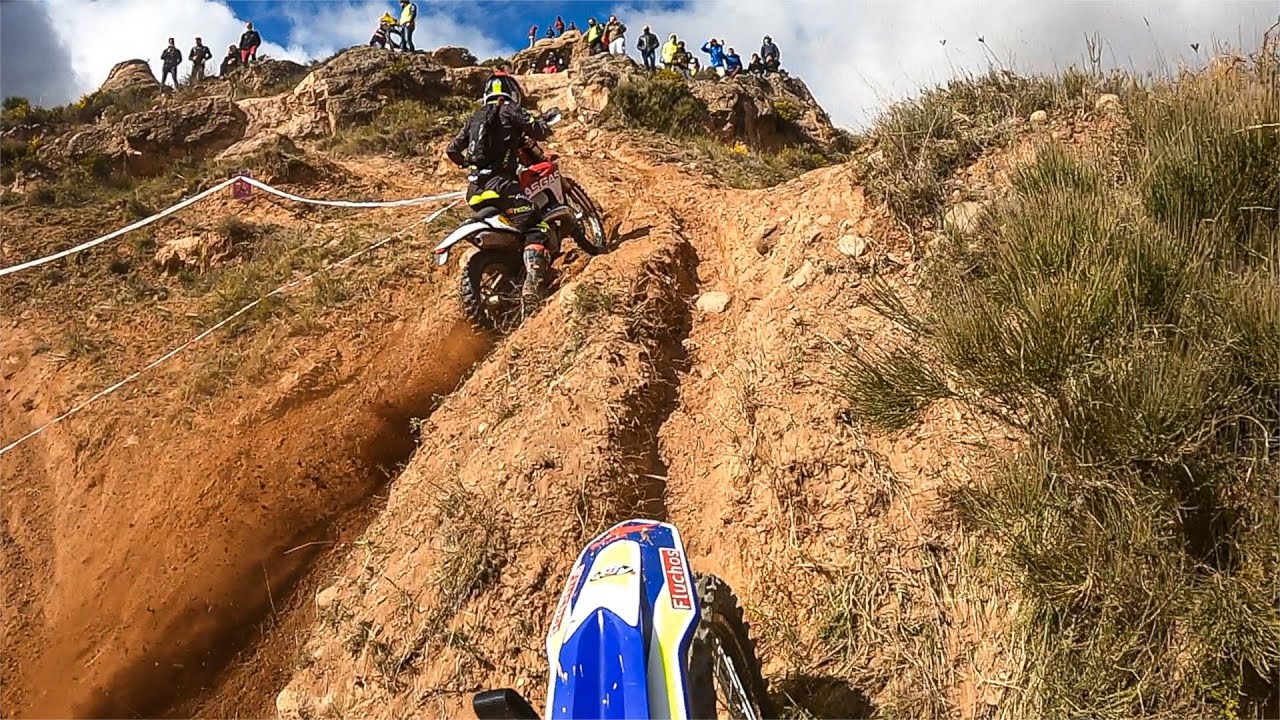 Mario Roman: “It was finally time for the main race at the Spanish Hard Enduro Championship at the beautiful La Rioja, Spain. Because I performed well at the qualification, I got the best possible starting position. But at the very first corner Teodor Kabakchiev turned into me while trying to defend the advantage he thought he got and we collied. Luckily, we were both okay and had our private mini start with a lot of positions to recover. With consistently building a better pace than anyone and having had some good line pickings I managed to find myself in lead in about 5-7 minutes into the race. From that on I just enjoyed and focused on myself and to my bike. Since I attended to this race with the same bike that I am going to ride throughout the Hard Enduro World Championship 2021 season, this was also a testing. I had some valuable notes about what needs to be improved.”