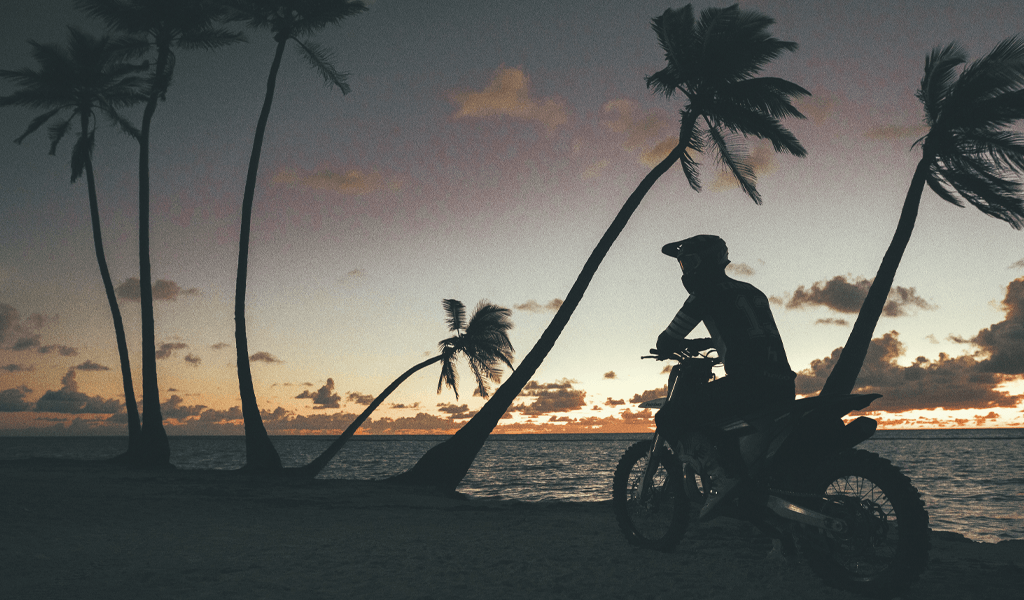 Pol Tarrés has been part of the Hebo family for two decades. A few years after being crowned the World Trials Champion (2010), Pol decided to follow his heart and fulfil his destiny in the world of Enduro.

“For Hebo, Pol is an integral part of the family and there couldn’t be a better way to celebrate this partnership than this video project. We believed in his skills since day 1 but we wanted the world to see wat Pol is capable of doing on two wheels when given the complete freedom. And “Dominicana” is just a trailer of what Pol can do and how he is taking the sport to the next level.” –

An amazing video about caribbean culture and dreamy riding locations.

Pol Tarrés (26 years old), was named 2018 Superenduro’s “Rookie of the Year” and the following year he managed to secure a top 5 place at the last round of the WESS series in Germany, considered the hardest enduro series in the World. In a very short time he has attracted a lot of attention with the riding skills never seen before that are helping reinvent the sport and inspire the younger generations in the Enduro world

“Freestyle enduro” is now a reality; a perfect mix of bmx, trials & moto. His trials technique and vision is leading the sport to a new era that holds no boundaries.

“Dominicana” is the latest addition to the film series “Beyond the Wheels” directed by the Echevarria brothers and produced by THE WHO Project. The film series is all about people who have a passion for wheels and are redefining the boundaries in their respective categories. Dominicana is about a guy, driven by his passion to push the boundaries, who takes on the streets of Dominican Republic and makes them his playground.

Welcome to the TarresStyle Show, Welcome to Dominicana!