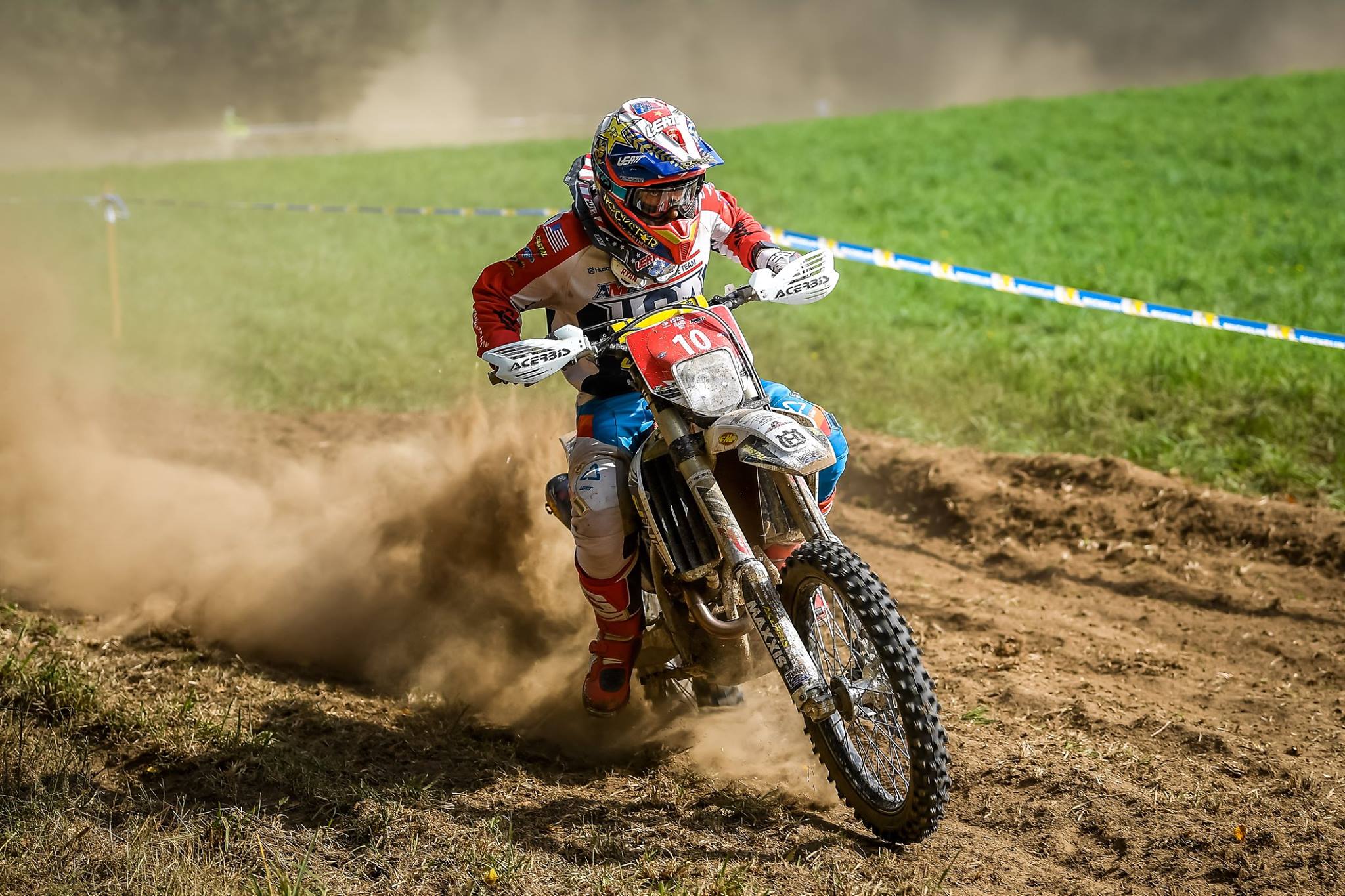 Day two of the ninety-second running of the FIM International Six Days Enduro (ISDE) in Brive, France saw all competitors complete a long and demanding day in the saddle. Competing over the exact same course as used on day one, France topped the FIM World Trophy team class as they did on the opening day of competition, extending their advantage over Australia to four minutes and nineteen seconds. In the FIM Junior World Trophy category team USA have moved to the head of the results as Sweden – leaders at the end of day one – lost one of their team riders with a technical issue. In the FIM Women’s World Trophy class Australia have taken a commanding lead over the USA with day one winners Spain dropping to ninth.

“I think that today will be the hardest of the race because of the heat and the tests being very rough,” explained France World Trophy team rider Christophe Nambotin. “For the French team it was another a good day, and for me it was also a good day. All of the team rode well and so far we have not had any problems, which is so important. With new special tests tomorrow I think it will be good for the French riders. Maybe we will have some rain, so things might get interesting.”

Sweden’s Mikael Persson – Yamaha ran into technical issues and failed to finish the day, allowing the USA to take the top spot in the FIM Junior World Trophy class. Placing twenty-three seconds ahead of France the American trio also moved to the top of the overall Junior World Trophy results. With Sweden dropping to tenth, France hold the runner-up result, just under three seconds behind. Italy, helped by another strong performance from Davide Soreca – Honda currently sit third overall and just fifteen seconds behind France.

“It’s really disappointing that Mikael ran into troubles today because the whole team was really motivated to defend our Junior trophy title,” confirmed Sweden’s Albin Elowson. “I’ve had two very good days, but as a team it’s over for us this year. I’m just going to do the best I can and see what individual result I can get.”

Spain’s time at the top of the FIM Women’s World Trophy class was short lived as two of their team riders failed to reach the finish of day two. Australia topped the day finishing one-minute and eight seconds ahead of the USA with France three minutes and fifty-nine seconds behand in third. In the overall Women’s results Australia are now three-and-a-half minutes ahead of the USA with France third.