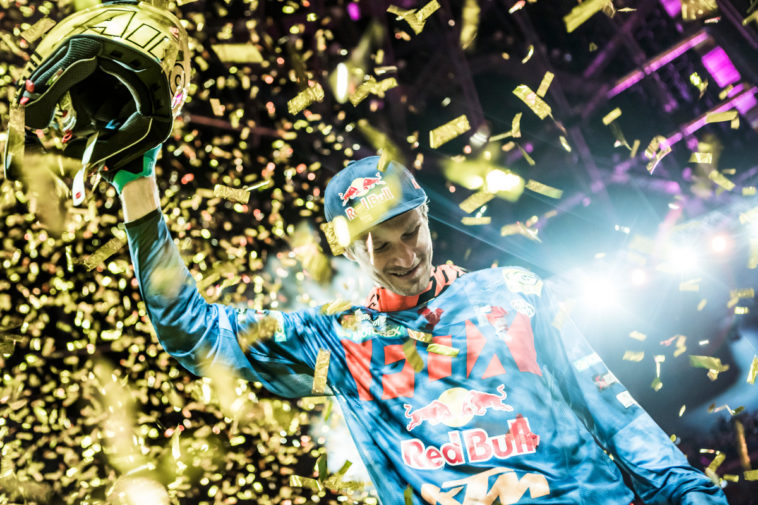 Taddy, who announced his retirement from full-time racing in December 2016 has continued to work closely with Red Bull KTM Factory Racing, assisting with rider training, testing and development and extensive media duties during the 2017 season. Present at many of this year’s major hard enduro events, as well as maintaining an extensive on and off-bike training programme, Taddy has never been far away from his racing family.

Blazusiak: “It’s really exciting for me to return to the Red Bull KTM Factory Racing team. My retirement might seem a little short lived, but 2018 is going to be a new chapter in my career. What’s planned for 2018 after the SuperEnduro series is the true reason I’m returning to racing. It’s something that’ll offer me an amazing new challenge and something I know a lot of people will be excited by.

“When I stopped racing at the end of last winter’s SuperEnduro series I didn’t think I’d ride a bike again. I was burned out. Racing professionally is tough and I hadn’t stopped for more than 10 years, racing in both Europe and the States. But two months after I stopped I was back riding, and really enjoying it. I kept riding – riding different tracks, riding with different people, even going to some events, and it became clear that I still loved riding and that I wanted to race again. That added to the fact I’m super motivated by what’s planned for 2018 is why I’m returning to competition.

“I’ve always enjoyed new challenges, and 2018 will be all about taking on a new challenge. After a year away I can’t wait to return to competition and getting back to what I love best – racing.”

Taddy first came into the international spotlight in 2007 when he won the notoriously difficult Red Bull Hare Scramble at the ErzbergRodeo. From there he went on to dominate the world of extreme and indoor enduro with a total of five Red Bull Hare Scramble wins, five AMA Endurocross titles and six FIM SuperEnduro World championships.

Pit Beirer (KTM Motorsports Director): “We are honoured to welcome back Taddy to our enduro line-up for the upcoming season. Taddy is a true champion and has been an amazing ambassador for the KTM brand and the sport of enduro. His passion and commitment has never been in doubt and we look forward to once again supporting him as he returns to competition, and hope to celebrate more great results.”