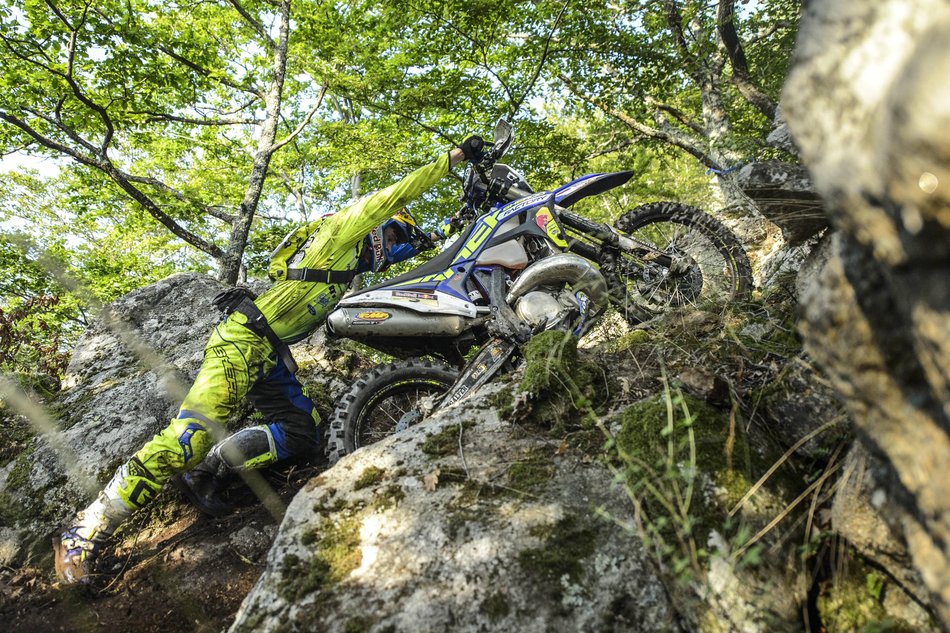 Gómez and Young out as Jarvis wins Romaniacs Day 1

Alfredo Gómez and Wade Young crash out of Red Bull Romaniacs as Graham Jarvis storms to victory on day one in Romania.

The opening off road day of the 2017 Red Bull Romaniacs proved a dramatic one, as two of the race’s favourites Alfredo Gómez and Wade Young suffered individual crashes that would put both of them out of the race.

As yesterday’s prologue winner, Gómez was one of the main favourites for victory as he looked to add a Romaniacs title to his Red Bull Hare Scramble win from June. However, after starting this morning third, Gómez suffered a race-ending crash shortly after the start.