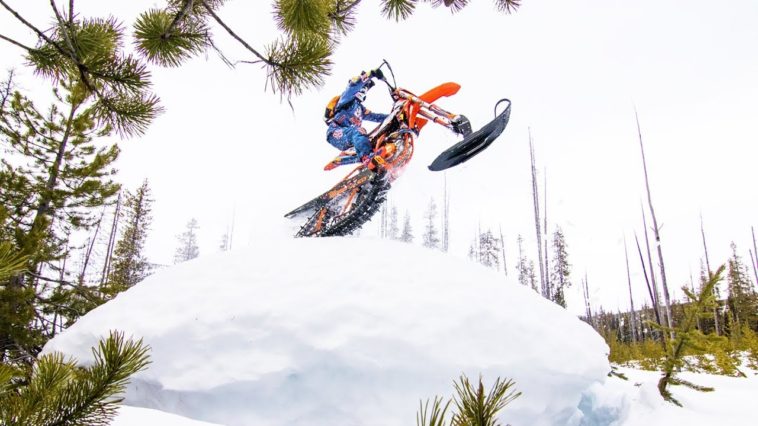 When it comes to Snowbikes, there are many questions that remain unanswered. Though the concept of snow bikes has been around for decades, it wasn’t until the last few seasons that the sport started to progress to the high-level we’re seeing today. The limits are being pushed further and further with each season seeing bigger lines, jumps and new terrain explored. At the tail end of the 2017 season, a crew of legends set out over the course of a few weeks to shred terrain both old and new and created a four-part series called ‘Powder Hounds.’

Join professional Snowbike rider Reagan Seig and Snowbike pioneer Brett Blaser in this episode as they take to the birthplace of snowbiking in central Idaho with freerider’s Ronnie Renner and Robbie Maddison.