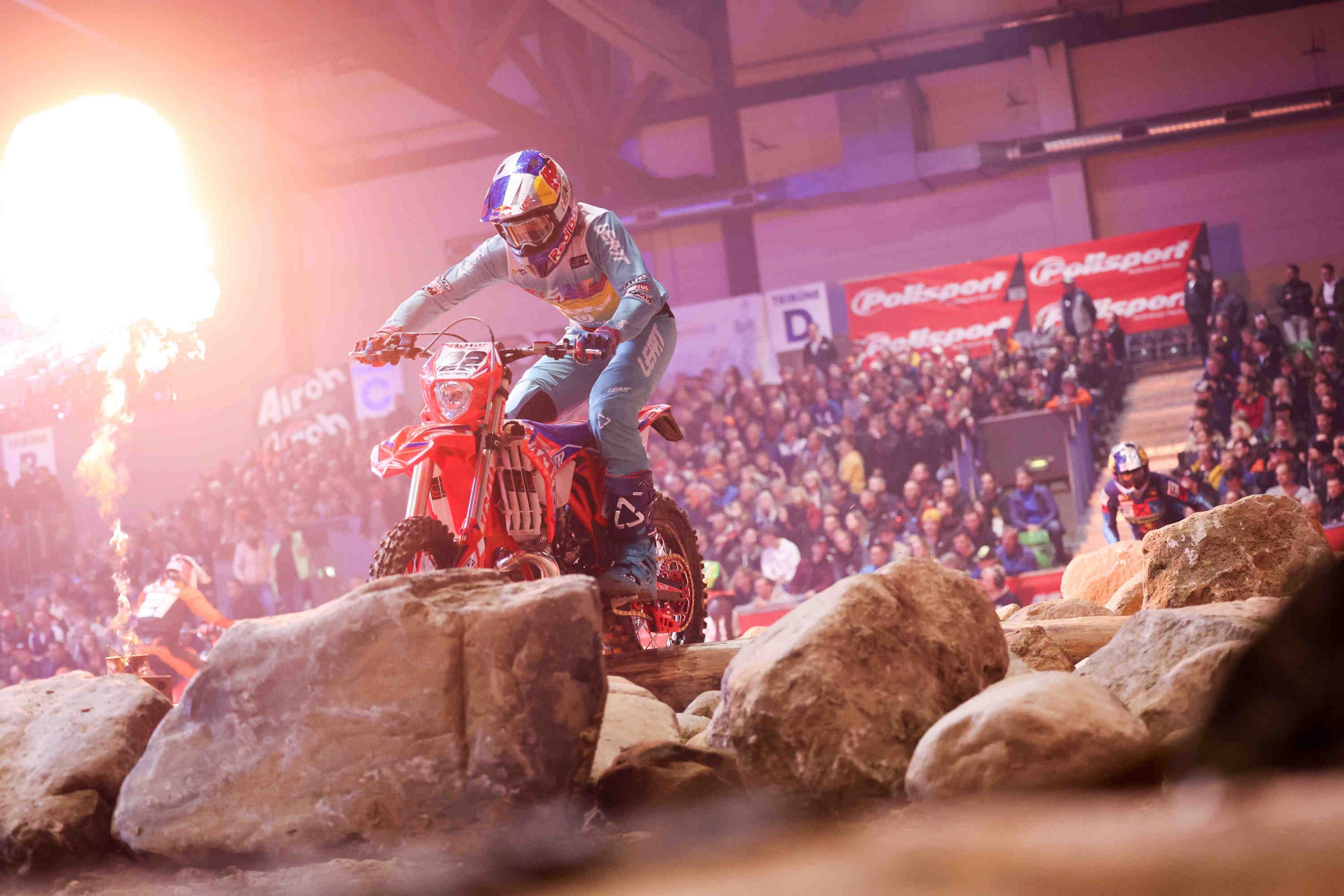 Britain’s Billy BOLT stormed to a second FIM SuperEnduro World Championship title tonight in Riesa, one full race day before the end of the season. The Husqvarna rider, fresh off a deal with Red Bull, showed his usual flair and dominance and executed the ideal evening by winning all three races in the SachsenArena. We now have a new champion, but the runner-up position is still hotly contested between WALKER and HAAKER.
The other man in the running, Taddy BLAZUSIAK, was forced to leave the competition with a broken wrist, putting a stop to the legendary Pole’s SuperEnduro season. Cody WEBB (USA-Sherco) also had a bruising early end to his season.

PRESTIGE – BOLT IN A WORLD OF HIS OWN

Factory Husqvarna rider Billy BOLT (GBR) is truly in a world of his own. The 24-year-old is breaking records and rules this season as he carves his own spectacular path through the sport – out of 12 races contested so far, he has won 11! This year it has all come together for the Brit, who is jovial and fun-loving in the paddock but turns into a efficient and unstoppable machine as soon as he fires up his Husqvarna. Throughout the various stadiums this season he has shown that nothing can keep him down, even when he makes a bad start or finds himself stuck in traffic, BOLT always finds the solution to win and demoralise his opponents. His unique style has won him many fans; his risk-taking is often at the limit, but the World Champion shows total and spectacular mastery. In Riesa he could’ve been forgiven for doing ‘just enough’, but instead he was determined to win every race – even the second match of the night where he had two crashes and came from last place to the victory.