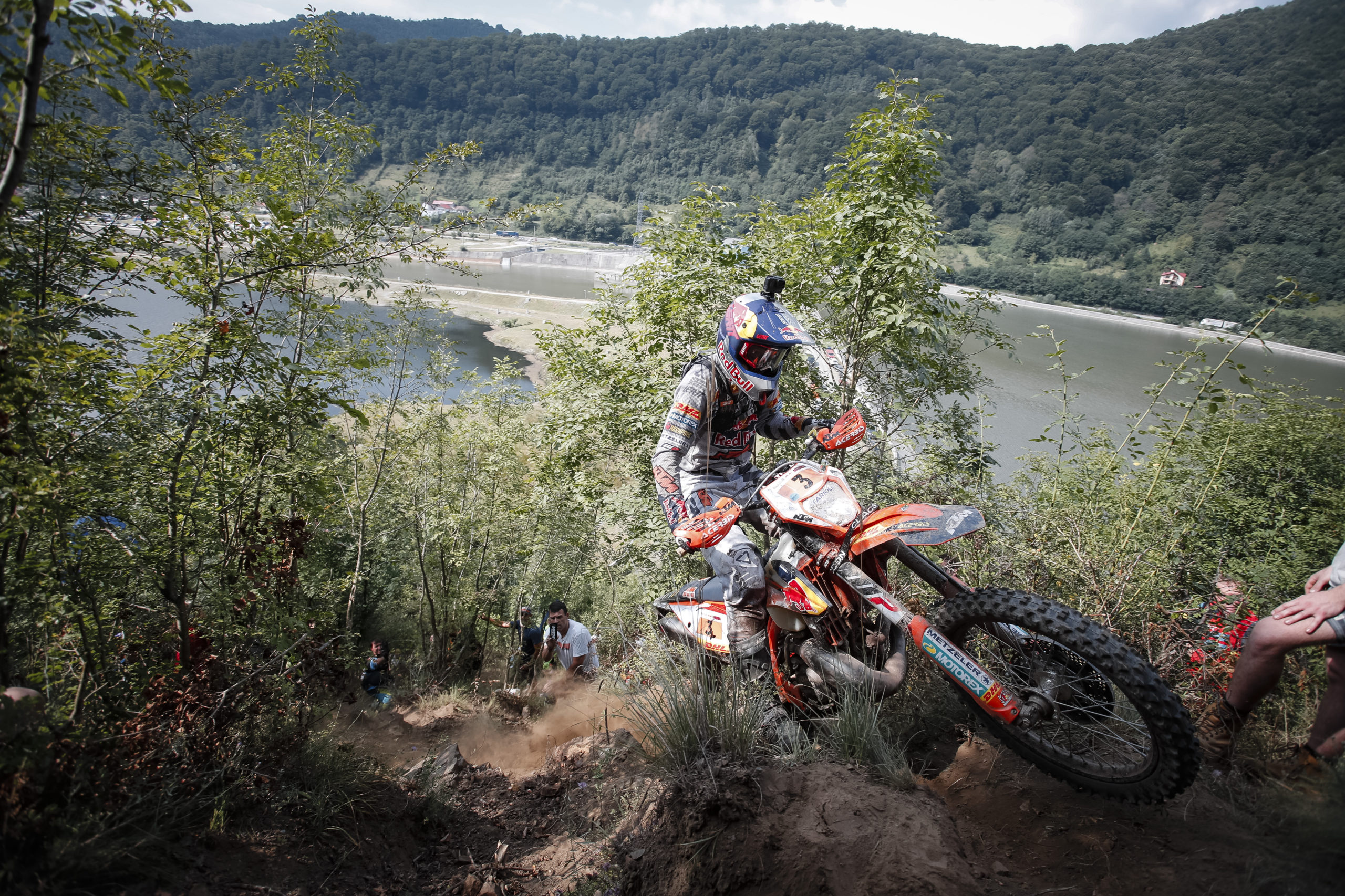 Jonny Walker performs at the fifth stop of the World Enduro Super Series in Sibiu, Romania on July 31, 2019.

Jonny Walker snatched victory in a nail-biting final few minutes of the 2015 Red Bull Romaniacs Hard Enduro to make it two wins in two years. Walker put himself on the top step of the podium from Husqvarna duo Graham Jarvis and Alfredo Gómez in what was one of the closest ever finishes in the race.

Graham Jarvis is the clear and decisive winner of the 13th edition of Red Bull Romaniacs, securing a record-breaking fifth career victory in the world’s toughest Hard Enduro Rally.

Graham Jarvis managed to get through with a total time of 32 hours 33 minutes and 26 seconds. He entered Romania for the ninth time and was able to win his sixth victory.

South African Wade Young has claimed victory at the fourth round of the World Enduro Super Series, Red Bull Romaniacs. Runner-up on the fourth and final off-road day of the world’s toughest Hard Enduro Rallye, Young has etched his name into the history books as the youngest winner of the 15-year running of the race.

Manuel Lettenbichler, of Germany, is the new leader in the 2019 World Enduro Super Series Championship after taking the win at Red Bull Romaniacs, round five of the series, July 30-August 4. Lettenbichler secured the win on the final day of racing in Romania for what was the first WESS race win of his career. Rockstar Energy Husqvarna Factory Racing’s Alfredo Gomez and Graham Jarvis joined him on the podium.