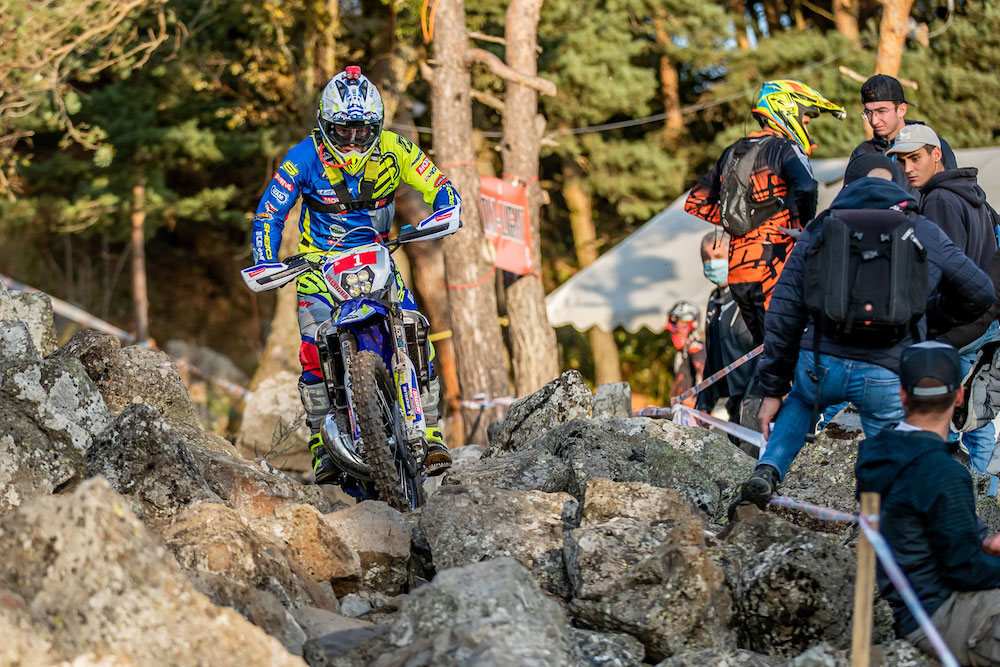 From Friday evening, while Wade Young cracked his candle at the start of the final and could not come back better than 3rd, Mario Roman who imposed his grip on the race by winning this prologue at night.

On Saturday, the 300 or so pilots set off in the fog and the cold for 3 50km loops with increasing difficulty over the laps. From the start, the 2 international pilots Roman and Young – who came to prepare the Redbull Romaniacs for this first round of the Extreme Challenge 2020/2021 on the Saint-Jean-Lachalm side – set a high pace by completing the first lap in less than 1h30, wheel in wheel. At the end of the second loop Wade Young pulls away slightly, preceding Super Mario by more than a minute.

Arrived on the third and final lap (the hardest lap) Mario Roman put in his effort and started to widen the gap as the difficulties progressed. Physically fresher at this end of the race than his team-mate, the Spaniard dominated this third lap quite easily and therefore won this 2020 edition of the Enduraid. Wade Young will cross the finish line 10 minutes behind Roman.

”Super good speed and physical training heading into the Redbull Romaniacs in 2 weeks.

The race consisted of a prologue on Friday that you can see at the end of the video, where I was able to get the victory despite the heavy crash on the first lap. Luckily without physical consequences but I ran out of light on the bike, just with the light on the helmet I had to keep going.”