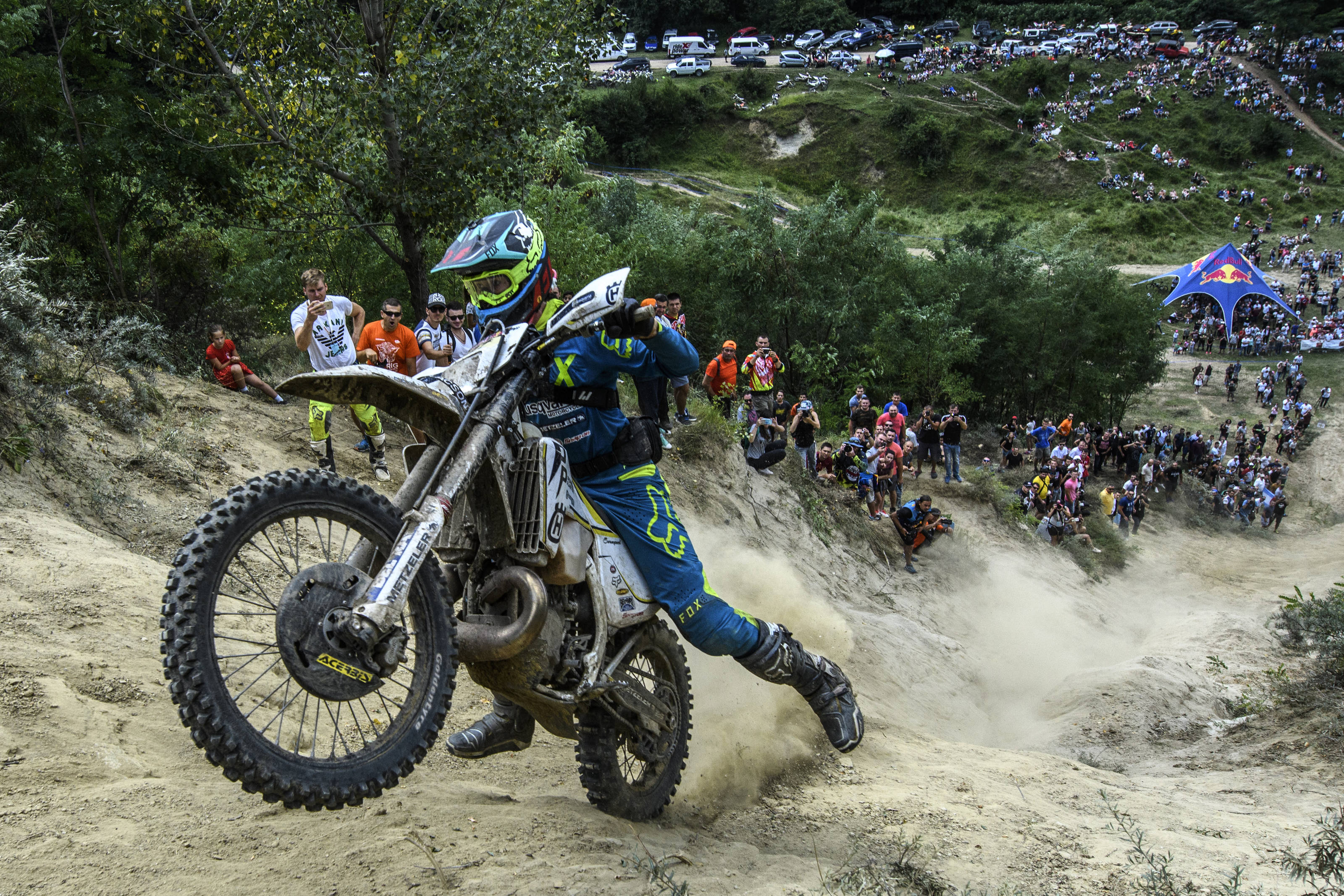 The crooked woods of Transylvania’s Carpathian mountains are home to many a legend, including some born on enduro bikes. As it stands right now, one of those enduro legends is leading the 2019 WESS points race. Graham Jarvis is 120 points ahead of Manuel Lettenbichler, and Mario Roman sits only 30 points back in third. Behind them positions are just as tight – it’s still anyone’s series.

Half way through the WESS season we are back in the heart of Romania for round 5 of the World Enduro Super Series: Red Bull Romaniacs. This year the world’s toughest hard enduro rally is celebrating its sweet 16. 450 pro and amateur riders from 35 nations are sure to take another beating in one of the greatest tests of endurance, speed and skill.

The five-day event kicks off with a punishing prologue through the city streets of Sibiu. This sets the starting order for four days of riding through the Romanian wilderness in an overwhelming offroad rally race against the clock. Gold, Silver, Bronze and Iron Class riders take on 100 to 200 kilometres of insane terrain per day. In the end they will have covered six to eight hours of one of the worlds most unforgiving hard enduros.

Last year it was South Africa’s Wade Young taking the top of the podium, at 22 years old he was the youngest rider ever to do so. Young will be back to defend his 2018 Romaniacs title against current WESS leader Graham Jarvis. Jarvis had to pull out of the race last year due to exhaustion, but the silent assassin has taken the Romaniacs title six times in the past. Couple that with the fact that he has taken top of the podium at the last 2 WESS rounds an it’s easy to see why he’s a major threat. Even still, he and Taddy Blazusiak both received zero points at last year’s race – not finishing Romaniacs has massive implications.

On the other hand Manuel Lettenbichler was second here last year and sits second overall in WESS. He and fellow KTM rider Jonny Walker who was third here last year, will also be contenders.

They’ll get a run for their money from Spanish riders Mario Roman and Alfredo Gomez who have both been performing well in the first half of the season, sitting third and fourth overall in the series.

Will Jarvis extend his WESS points lead, can Wade Young repeat last year’s performance, or will a new rider stand on top of the podium for the first time at the Red Bull Romaniacs?