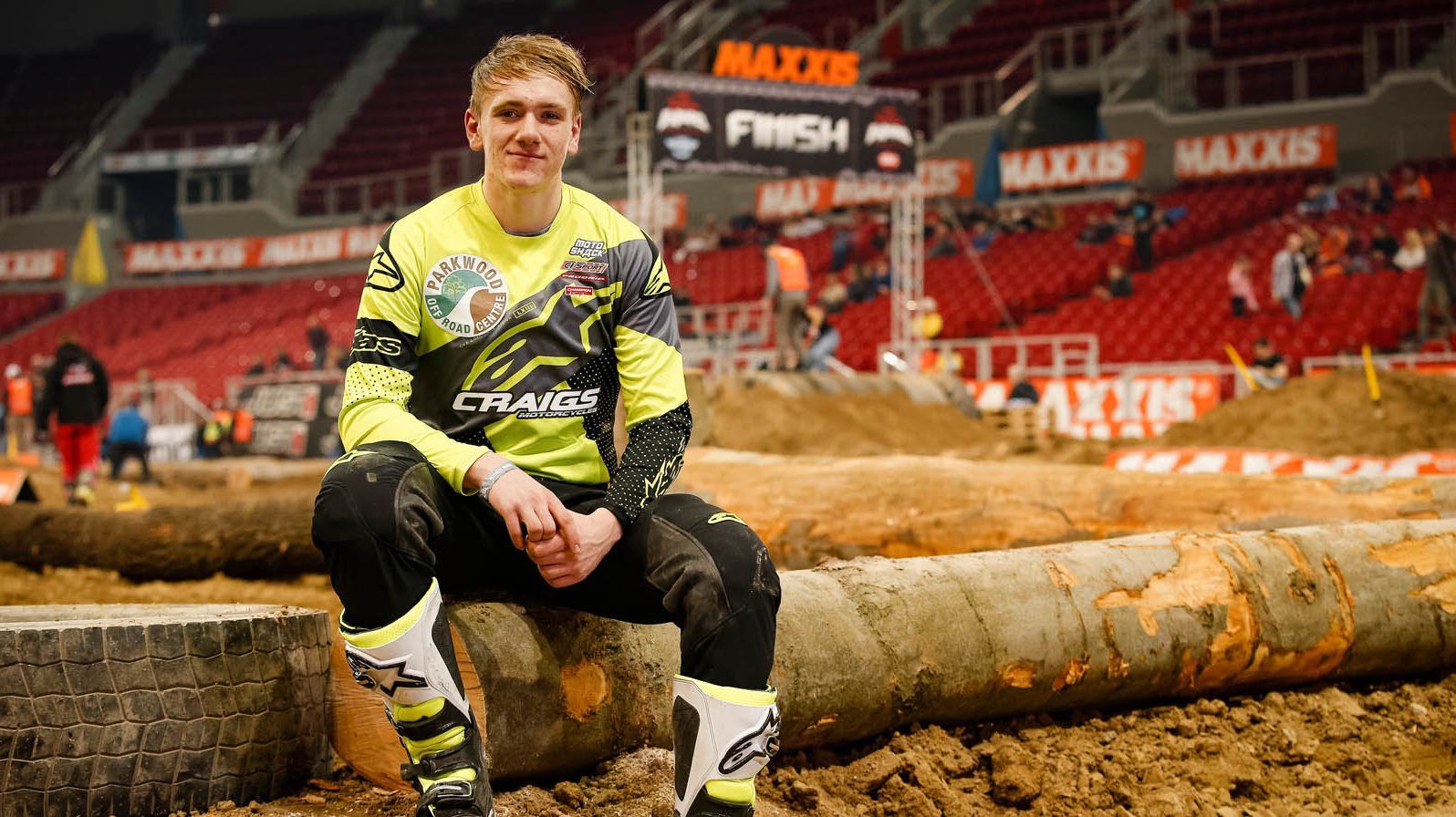 At 20 years of age and as the newly crowned SuperEnduro Junior World Champion, Eurotek KTM’s Will Hoare is setting his sights on success in the World Enduro Super Series.

As a self-supported privateer, Hoare contested a couple of WESS rounds during 2018 before going on to win the FIM SuperEnduro Junior World Championship during the winter. A rider with bags of talent, he’s now found his way onto the experienced Eurotek KTM team for 2019, alongside South African teammate Travis Teasdale.

Eager to learn as much as he can during the year ahead, while delivering his best in the races he’s experienced before, Hoare is set to become a rider to watch when the series begins with Portugal’s Toyota Porto Extreme XL Lagares in three weeks …

Will, congratulations on a terrific winter – winning a world championship and signing a deal with Eurotek KTM – you must be pleased with how things are going?

Will Hoare: “I’m delighted. To become a world champion is something I only dreamed of, so winning that was beyond words for me. And that title led to a deal with Eurotek KTM for 2019, so it really does feel like everything is coming together and the years spent as a self-supported privateer are paying off.”

What’s your thoughts on contesting the full WESS championship for 2019?

“I dabbled with a few rounds last year, so now it should be a lot better to go there with team support and with people who want to help you succeed. Having raced as a self-supported privateer I’ve learned a lot about fending for myself. But now, with Eurotek KTM and the experience they’ve got, I feel like I’m in a place to show what I’m capable of. I know there are races that will be new for me, but at those I have done before I hope to turn some heads.”

What events are you looking forward to most?

“With my Hard Enduro background I’m naturally keen on Extreme XL Lagares, Erzbergrodeo and Hixpania Hard Enduro. I’ve never done GetzenRodeo, so that one looks good too. The Trefle Lozerien AMV is going to be a new one for me. I don’t race Classic Enduro, but the format looks fun and it seems to have a cool vibe about it too.”

You rode the Erzbergrodeo Red Bull Hare Scramble last year, how did it go?

“Starting off I was in a relatively good position and didn’t get hung up in too many jams early on. But I didn’t have the fitness last year. When I got to Carls Dinner I had nothing left. I dropped into that section in a good position, but took too long to complete it. I struggled and really needed someone there with food and drink to regroup and go again. By the time I reached Green Hell I had timed out.”

It’s a race that takes time to learn, what will you do differently when you go there again in a couple of weeks’ time?

“The scale and size of the mountain took me by surprise. I had watched all the videos, but nothing prepares you for it in person. It’s only when you stand at the bottom of the mountain and look up towards the top that you realise what you are getting into. We simply don’t have anything like that at home. I’ve been preparing by doing long days on my bike and working hard on my fitness. But having extra support this year will hopefully make the difference over last year.”

Do you think a finishers award is a realistic goal this year?

“That’s the goal. I feel like it should be achievable. Realistically, I’m not in it for a podium result or even a top 10 yet, but I know I have the skills to finish. I’ll do all I can to be ready and hope on the day a little luck also comes my way.”

Red Bull Romaniacs will be another new event for you, what’s your thoughts on entering the Romanian wilderness for the first time?

“Red Bull Romaniacs is a pretty wild looking race – it’s easily the biggest challenge of WESS. I know jumping into Gold class will be tough and a lot to adjust to, but I want to give it a good go. Eurotek KTM know the race inside out – team manager Mark Jackson has raced it many times and so his experience will be invaluable, for sure. I also think with events like that you’ve just got to go there with an open mind and try to learn as much you can during the first year. Finishing Gold class is the goal for year one.”

Josep Garcia and Nathan Watson aren’t Hard Enduro specialists yet managed to finish Red Bull Romaniacs last year, does that give you a little extra belief?

“Definitely. Of course, they’re world class riders, but Hard Enduro is not their favoured discipline. So for them to adapt and get a finish like they did shows that yes these events are tough, but if you prepare properly, roll up your sleeves and give it your best shot then why not!”

Round six of WESS, the Hawkstone Park Cross-Country, will also mark a home race for you. Are you looking forward to that one?

“Although it’s still a long way off it’s good to know that I’ve got a home round in the championship. The extra support you get from people you know cheering you on can make a big difference when you’re beginning to fade at the end of the race. The Cross-Country discipline is still new to me and surprisingly difficult, but in a different way to Hard Enduro. The sandy course is physically demanding and the pace the front runners hold for three hours is impressive. The way they hang on at speed over the sandy bumps is crazy – I still have a lot to learn there.”

Finally, what racing goals have you set for 2019 and beyond?

“I’m young and still relatively new to the sport, so I just want to keep progressing and improving in my riding. Winning the SuperEnduro Junior World Championship was a huge milestone for me and something I’m really proud of, but I also want to use it as a platform to progress in Enduro. We haven’t set any major targets for 2019 – the aim with Eurotek KTM is to learn as much as I can and importantly to finish all the rounds that are new for me. I think that will be key for future results and becoming stronger in the years ahead.”