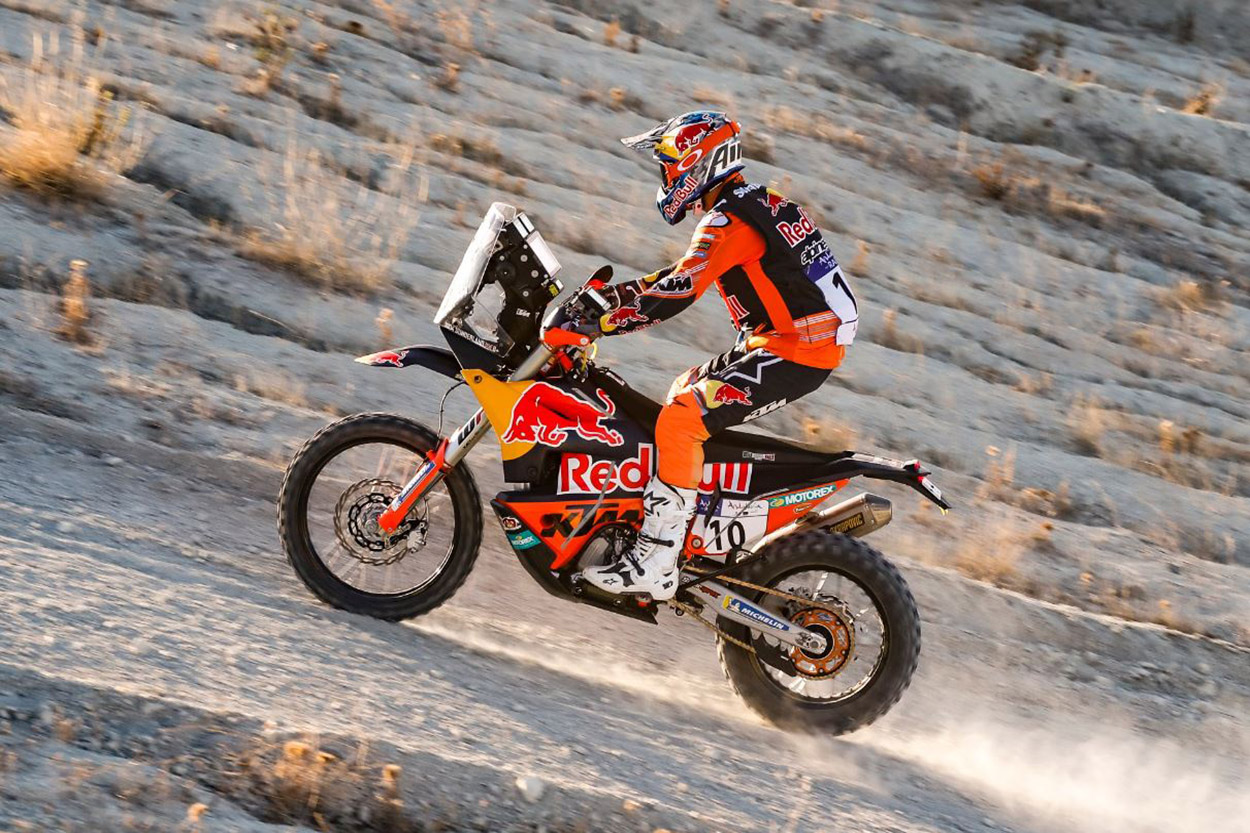 Kevin Benavides wins the first stage of the Andalucía Rally, while Joan Barreda and Lorenzo Santolino accompany the Argentine rider on the podium.

The Monster Energy Honda Team riders starred in the first stage of the Andalucía Rally. Kevin Benavides and Joan Barreda prevailed after competing in the two timed sections of the day, which have passed on wide roads and tracks. Both drivers took their Honda CRF450 Rallys to the top of the day and the provisional of the race.

Today’s starting order was positive for both riders, who were able to regain ground on the riders who had been faster yesterday. Even despite some technical difficulties, Kevin Benavides had a hell of a pace to finish winning over his Monster Energy Honda Team mate Joan Barreda. The Argentine won the day and became the new leader of the rally with 3’15 over the Spaniard.

Red Bull KTM Factory Racing completed the opening stage of the Andalucía Rally 2020 safely. Sam Sunderland achieved the team’s best result, finishing seventh, six and a half minutes behind the winner of the stage. Matthias Walkner also achieved a solid result in the 12th position, unfortunately losing several minutes in the last kilometers of the stage. Australians Toby Price and Daniel Sanders were challenged to open the day’s stage, subsequently losing a bit of time, finishing 17th and 19th, respectively.