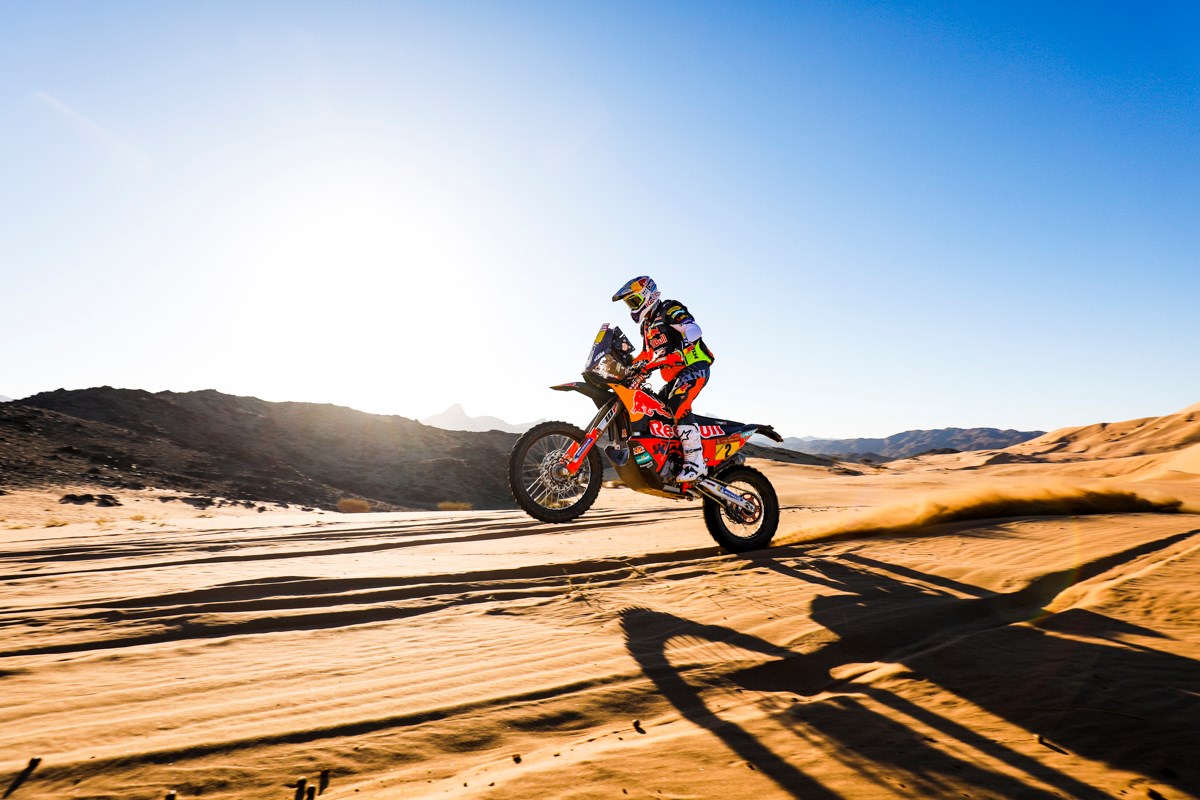 Check out the highlights from the first day of Dakar racing in the Quad and Bike categories, as Ignacio Casale 🇨🇱 and Toby Price  🇦🇺 rode to victory.

Direction Jeddah… This fishing village dating back to the 7th Century has become one of the busiest ports in the world, as well as the gateway for pilgrims to the holy places of Mecca and Medina. This coming January 5th, the second largest city in the country will be the starting point of the Dakar and will more importantly signify the immediate entry into the difficulties of the rally. The first third of the rally will test the navigation skills of the riders and crews. The direction choices will be made more complicated by the multitude of tracks. Near the Red Sea or the Jordanian border for the stages around Neom then towards Al Ula, it will be the navigators who will lead the way. With more and more sand, the course will pose major challenges in the dunes between Ha’il and the capital Riyadh, where there will be a rest day. The rally will continue and intensify with the discovery and exploration of the vast “Empty Quarter” desertic portion of the Saudi territory where the all-important Shubaytah and Haradh stages will be contested. But the general classification will not necessarily be set in stone heading into the final Qiddiyah stage, where navigation could catch out even the best.