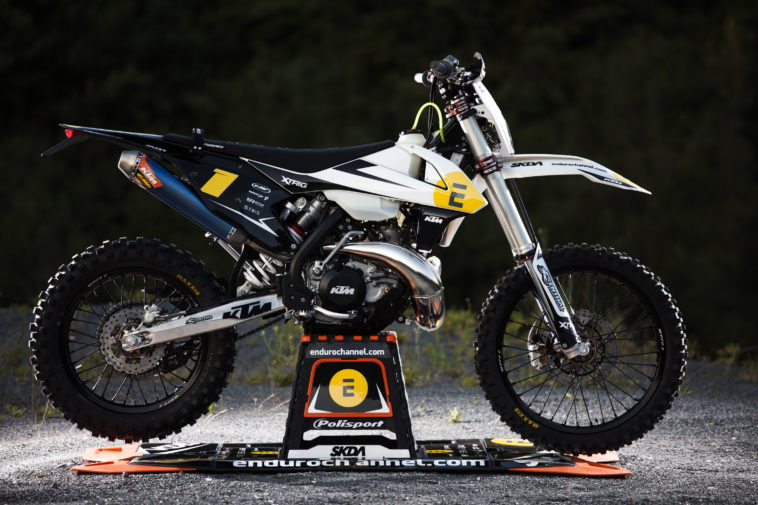 The idea was to build a project bike for our followers with a limited window of offer!

We aimed to start this in Turkey, at our home place, where we are much familiar with the local procedures & paperwork!

Incoming requests from our followers in Europe, US and Australia not only motivate us but truly make it exciting to build our upcoming Enduro Channel Edition dirt bikes!

We did produce couple of bikes before, but this time we leveraged it to next level!

Companies and brands send their products for us to test or ride, albeit we occasionally ask them for their products.  Regardles, for the project bike we always use the one which we really want! This liberates and excites us to be more creative, rather than building a bike just like a “patchwork” from a cataloque!

With the project idea in mind we shared an Insta-poll story at the time. The question was simple:”IF! Enduro Channel is going to build a project bike, which one would you like to base it on?” We’ve decided to ask the Enduro Channer followers to choose from the 2 base options.

KTM 250 EXTC TPI was the winnner of the poll marginally, and we started to work on it immediately!

Having acomplished the buying and mounting process of the  #1 Enduro Channel Edition dirt bike, we followed on with the sticker design – giving us the chance to see the bike with all of its equipment and parts on it first. And then listen to its words! At that moment the SKDA (SK Design Australia) – http://skda.com.au/ came in the game! We admire their design and upon our query for them to design for us, they confirmed that they would love to be a part of this project and did really an amazing job! Not only the bike itself but pit board and stand became a part of their design!

Good news for our followers in Turkey, that they now have the chance to buy this bike.  Enduro Channel Edition KTM 250 EXC TPI is just launched in Spormoto KTM Hasanpaşa Showroom for its visitors.

Instead of acting as a regular media we try to experience new stuff and we take you along with us!