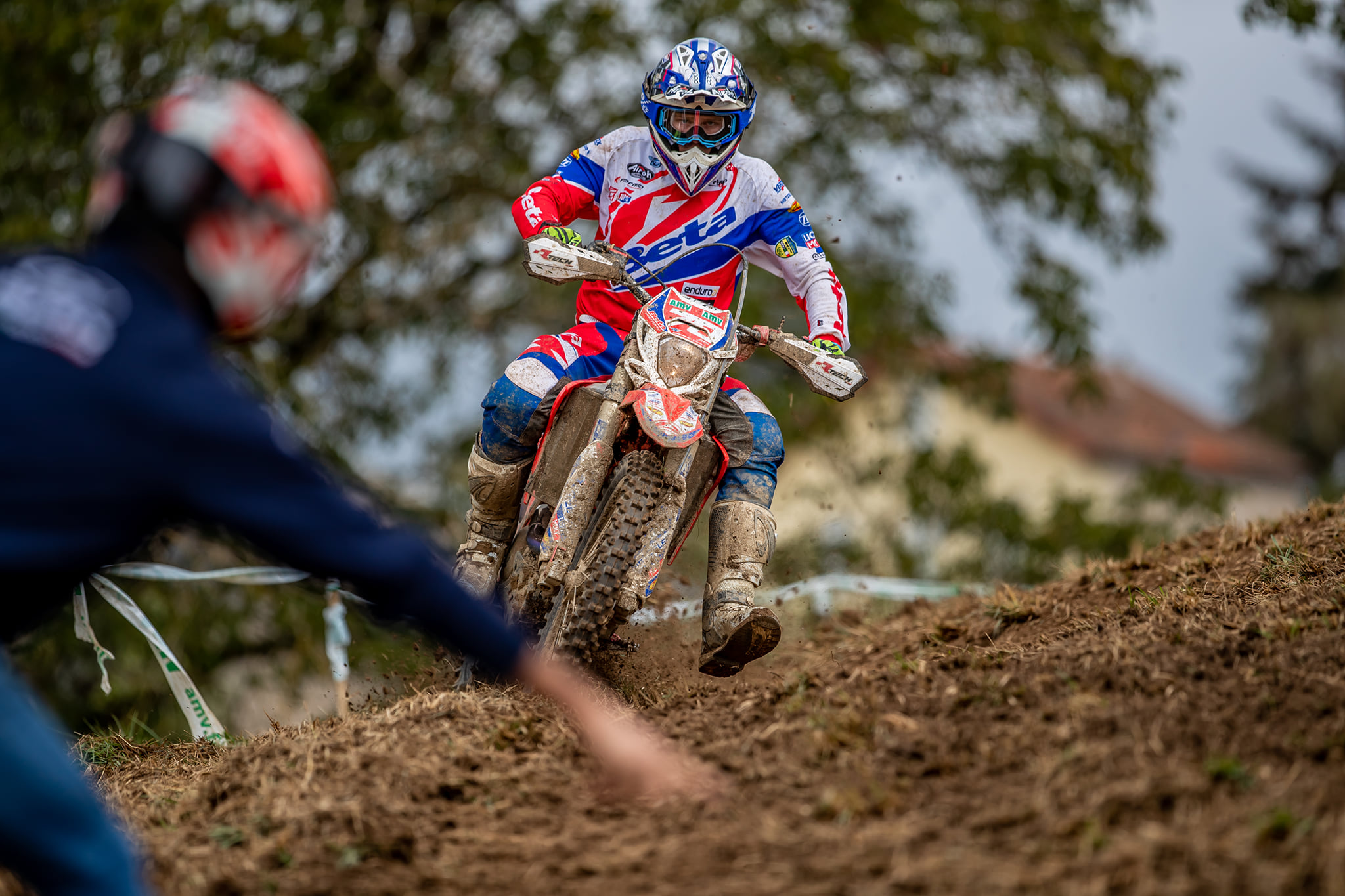 The official Beta rider, Steve Holombe, was once again the protagonist on the second day of the French Enduro Grand Prix. His greatest rival, Brad Freeman, again scratched the victory.

After a dusty first day, torrential rains on Saturday night changed Sunday’s race. Although there was no mud, the three special tests had changed, although that did not change anything for the best drivers, who continued their search towards the top.

As on matchday one, the 2019 EGP world champion took a while to pick up the pace and once again narrowly missed the win. This is something you will have to figure out before next weekend in Italy. However, despite being out of the Top 3 for most of the day, Freeman was able to clinch second place, proof of his strong character. Like yesterday, Andrea Verona (I – TM) took third place on the EGP podium. The Italian Senior class rookie could have taken advantage of Holcombe’s fall to claim his first premier class victory, but a crash in the last Enduro Test of the weekend deprived him of a victory and even second place.

Behind the leading trio, Jaume Betriu (E – KTM) had a very good race. Leader of the general at the end of the first lap, the Catalan has been out of the Enduro World Championship for a while to focus on the Dakar Rally but has not lost his speed during his rest time, taking a great 4th place. Fourth on the first day, Frenchman Loïc Larrieu (TM) achieved another Top 5 to the detriment of Danny McCanney (GB – Honda).

A special mention again for Jérémy Tarroux (F – Sherco), who got 7th place, and for the rookie of the Senior class, the Belgian Antoine Magain (Sherco – 9th), as well as Marc Sans Soria (KTM – 10th).

In Enduro 1, we also find the same winner from the first day: 2019 Junior World Champion Andrea Verona. Tarroux was next with Thomas Oldrati (I – Honda) third. The last two places in the Top 5 went to Antoine Magain and Christophe Charlier (F – Beta).

Regarding Enduro 3, the same story with Freeman beating Jaume Betriu. After a great day of racing, Marc Sans Soria snatched the last step of the podium from Davide Guarneri (I – TM) while Cristóbal Guerrero (E – Beta) finished fifth.

In the highly contested Junior class, Théo Espinasse (F – Sherco) once again made life difficult for all his rivals with another victory. He will head to Italy next weekend with the leader plate. He finished more than 27 seconds ahead of his teammate, Hamish MacDonald (NZ – Sherco) and Matteo Pavoni (I – Beta Boano). Australian Wil Ruprecht (AUS – Beta Boano) picked up the pace considerably on the final lap but was too far behind the leading trio to reach the podium. A third Beta Boano driver took the lead in the Top 5 with Lorenzo Macoritto (I). Recognized as two of the best teams for attracting young talent, Sherco Factory and Beta Boano took the majority in the under-23 classes.