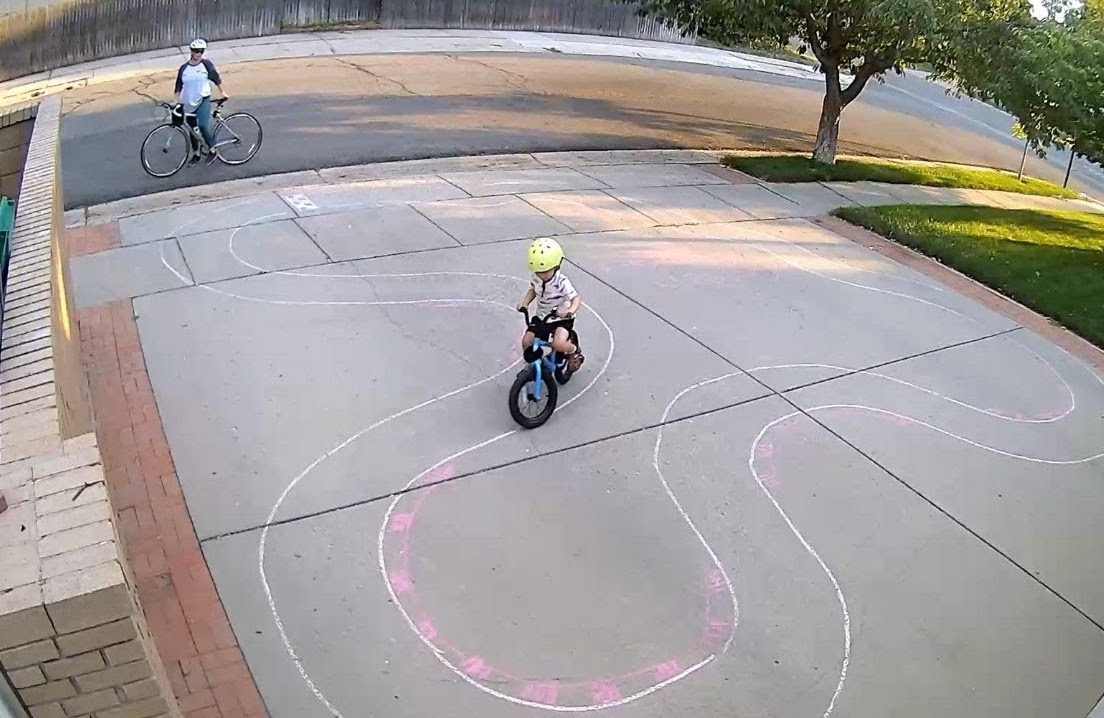 A man who received multiple alerts from his security camera after a young boy kept cycling on his driveway has gone viral after creating chalk racetracks for him to follow. At the height of lockdown, Dave Phoxe, from Salt Lake City, Utah, received alerts each time the boy in his neighborhood would veer the sidewalk and head up his driveway on his bike. So, Dave, 47, decided he would do something about it – and so armed with a box of chalk drew the outline of a racetrack including hairpin chicanes and signs encouraging riders to slow